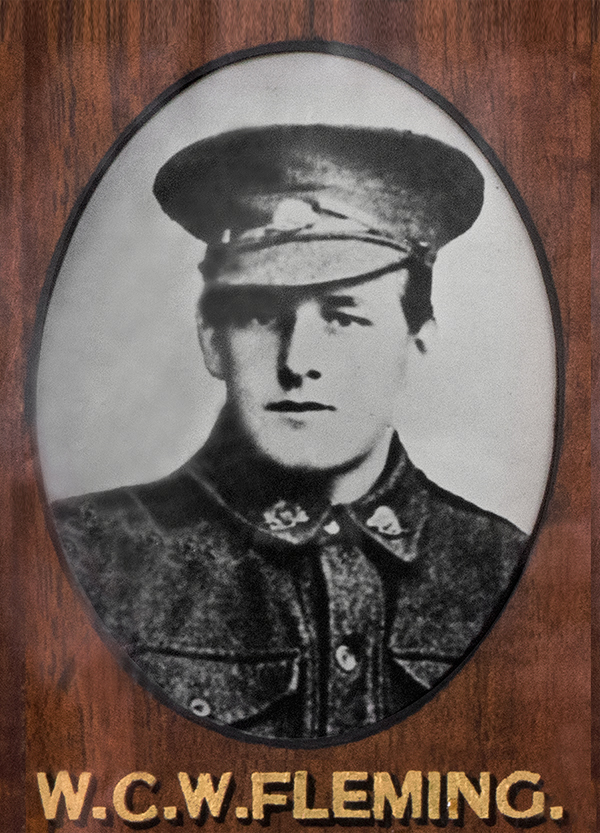 Additional Information When William Fleming enlisted, at the age of 18, he was assigned to the 29th Battalion which was raised as part of the 8th Brigade at Broadmeadows Camp in Victoria on 10 August 1915. Having enlisted as part of the recruitment drive that followed the landing at Gallipoli, and having seen the casualty lists, these were men who had offered themselves in full knowledge of their potential fate. After arriving in France in June 1916, the 29th Battalion fought its first major battle at Fromelles on 19 July 1916.  The battle was meant to be a diversion to draw attention away from the allies’ Somme offensive, but in just over 24 hours the Australians suffered 5,500 casualties.  Almost 2,000 of them were killed in action or died of wounds and some 400 were captured. This is believed to be the greatest loss by a single division in 24 hours during the entire First World War
Additional References 29th Australian Infantry Battalion, Australian War Museum The Battle of Fromelles, Australian War Museum