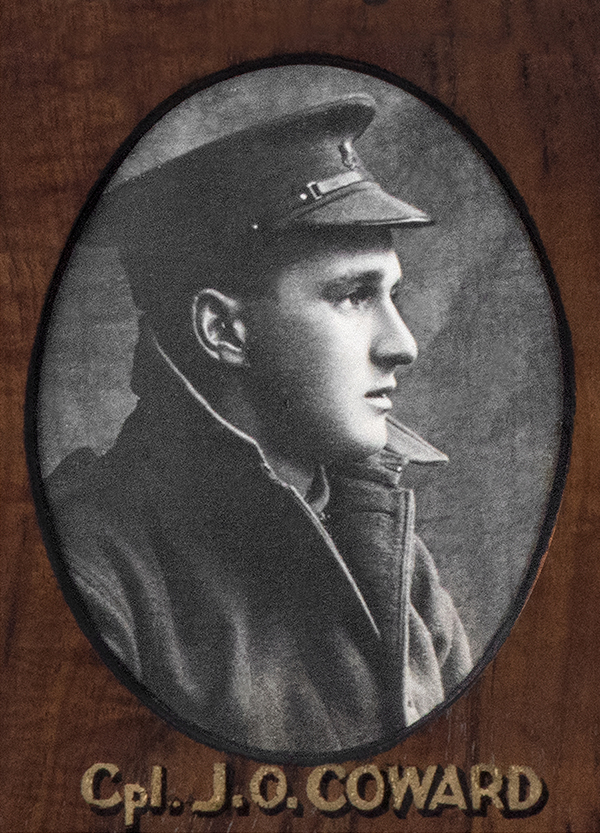 Additional Information John Coward's mother, Helen Coward, 64 Cours du Jarden Public, Bordeaux, France is noted as next-of-kin on enlistment form.  John Coward had visited his mother in France the week before he died. John Coward was married to Ida Coward who he named as his wife in his will.  She sent her marriage certificate to the military to verify her marriage to John. His Red Cross files reveal that he was an Intelligence Corporal who was identifying some dead near Sailly-le-Sec when accidentally shot by his own side. He was known as Jock and worked as a clerk at the Nugget Boot Polish Works, Williamstown.
Additional Documents and Photographs Click on the image to see a larger view