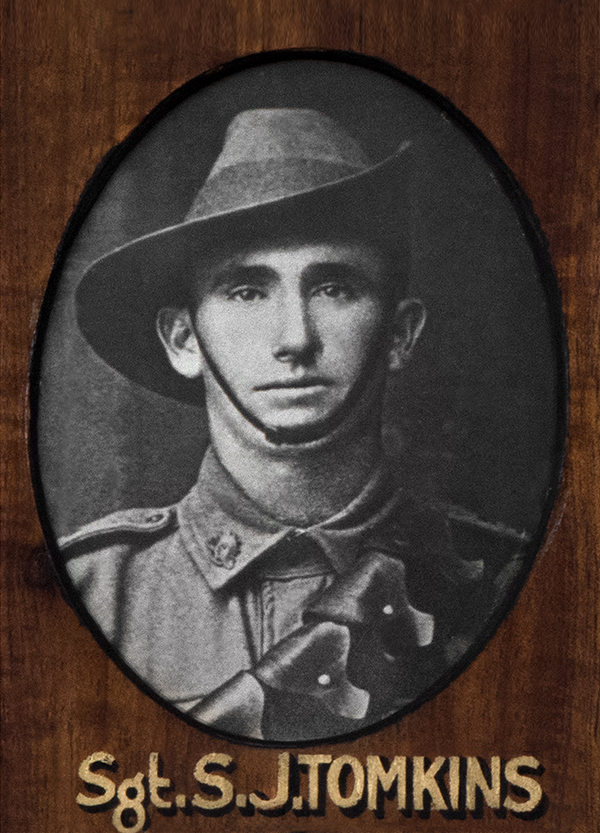 Additional Information Surname on Embarkation Records:' Tonkins'. Stephen John Tomkins enlisted with the second contingent of 42 Williamstown enlistees. He was wounded during an attack on Gaza and taken to a nearby dressing station but did not survive.  Initially buried at Asifervah, near Mailik.  His body was not recovered from original burial place.  His name is inscribed on memorial to the missing in Jerusalem.
Additional References Williamstown Chronicle, Saturday 26 December, 1914, p3
Additional Documents and Photographs Click on the image to see a larger view