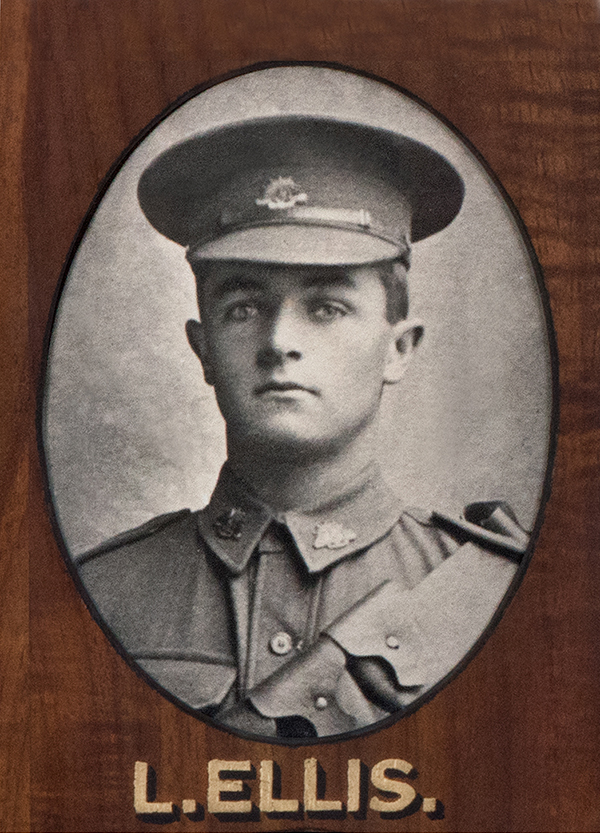 Additional Information Born in New Zealand, Leicester Ellis moved to Australian with his family when he was 11 years of age.  He attended the Central State School, Williamstown and was a member of the Holy Trinity Men's Rifle Club. Prior to enlisting in the 4th Light Horse, he was a clerk with the Metropolitan Gas Company, Flinders St, Melbourne. Recruits for the 4thLight Horse were drawn in large part from the Melbourne metropolitan area.  Initially they remained in Egypt due to the unsuitability of the Gallipoli Peninsula terrain for mounted troops.  However, infantry casualties were so severe they were sent, without their horses, as infantry reinforcements.  The Regiment landed on 22 and 24 May and its squadrons were initially scattered to reinforce the infantry battalions already ashore. After the regiment reunited on 11 June, much of their time was spent defending various positions, most frequently around Ryrie's Post. Two of his brothers also served in WW1.  Harold Stanley Ellis (839) enlisted in the 13th Light Horse in June 1915, served in Egypt and France and returned to Australia in April 1919.  William Arthur Revell Ellis (2413) enlisted in the 8th Light Horse, served in Egypt and France and returned to Australia in July 1917.
Additional References Footscray Chronicle, Saturday 18 September, 1915, p2 Australian War Memorial Photo H06626 4th Light Horse Regiment - Australian War Memorial
Additional Documents and Photographs Click on the image to see a larger view