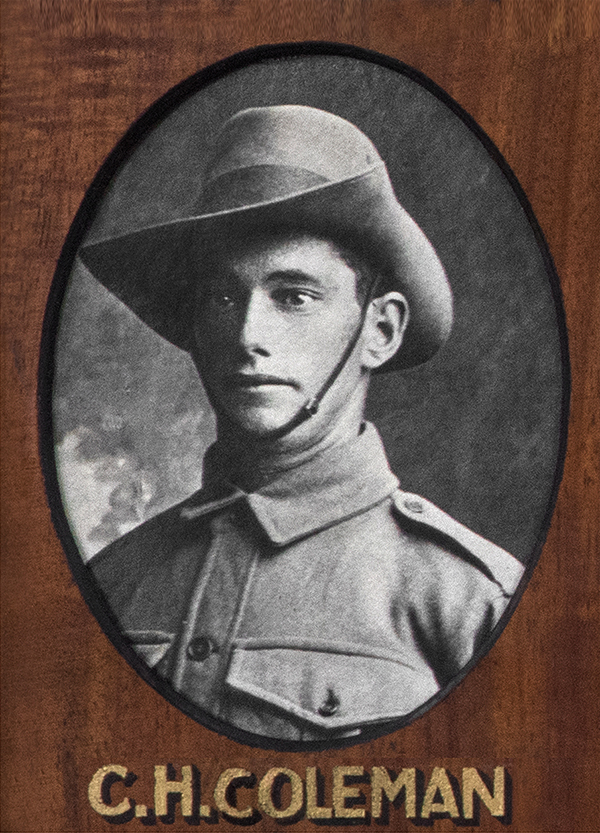 Additional Information Claude, who was educated at the North Williamstown State School, enlisted with the second contingent of 42 Williamstown enlistees and sailed with the Second Convoy of 19 ships which departed from Albany, Western Australia on 31 December 1914. Claude was hospitalised with wounds to both legs and the side of the body received at Gallipoli on 2 May 1915 and on recovering returned to his battalion in July 1915. We don’t know why he was on the transport ship Osmanieh and there is no description of how he died in his service dossier but the Williamstown Chronicle reported that he died from wounds to the head and the face. It’s difficult for us to imagine the feelings of Claude’s mother, Catherine Coleman when informed by Reverend Rattan of her son’s death.   She was widowed only three months prior to Claude enlisting and both her sons had left Australia to fight a war far from home. Claude’s brother, Rowland Basil Coleman enlisted in July 1915 and returned to Australia July 1919. Claude was originally buried at Advanced Base Cemetery, Kephalos, Imbros but was exhumed and reinterred at Lancashire Landing Cemetery, Cape Helles, Gallipoli Peninsula, Canakkale Province, Turkey. Postscript:  In 1917 the Osmanieh was sunk by German mines with the loss of nearly 200 lives, including 8 nurses.
Additional References Williamstown Chronicle, Saturday 4 December 1915, p2 The National Anzac Centre, Albany, Western Australia
Additional Documents and Photographs Click on the image to see a larger view