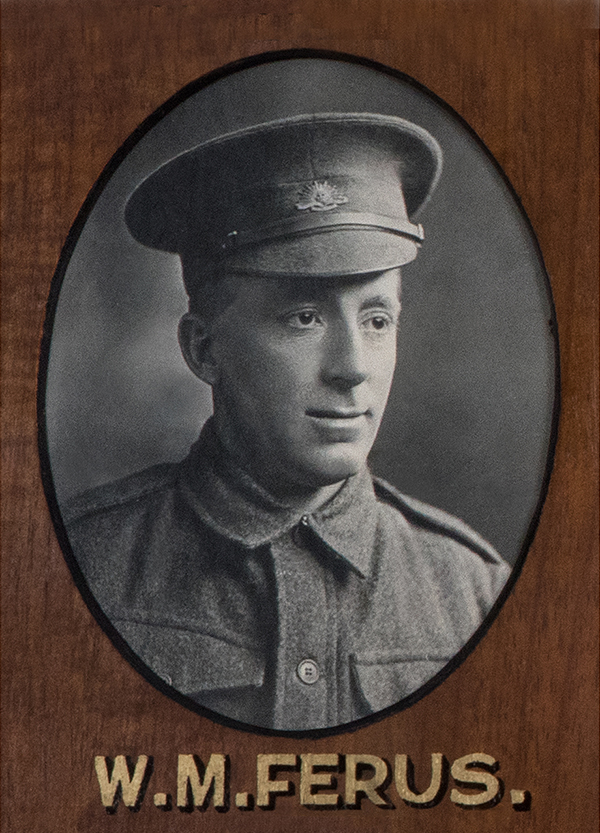 Additional Information William Ferns is misspelt on the Williamstown Town Hall Honour Board as Ferus. He enlisted in the 7th AIF but when he arrived in Egypt was transferred to the 59th AIF.  The 59th was raised in Egypt on 21 February 1916 as part of the expansion of the AIF. Approximately half of its recruits came from the veteran 7th Battalion, and the other half were fresh reinforcements from Australia. On 19 July 1916, the 59th became embroiled in its first major battle on the Western Front, less than a month after it arrived in France. The battle of Fromelles was a disaster for the 59th.  Attacking in the first wave, the 59th suffered heavy casualties at the hands of German machine-gunners, and its advance faltered far short of its objective. William Ferns was killed in action on that first day of the battle, 19th July 1916.  He was initially reported missing in action.  A year later, in July 1917, it was found that he would have been killed and buried in no-mans land.
Additional References 59th Australian Infantry Battalion, Australian War Memorial
Additional Documents and Photographs Click on the image to see a larger view