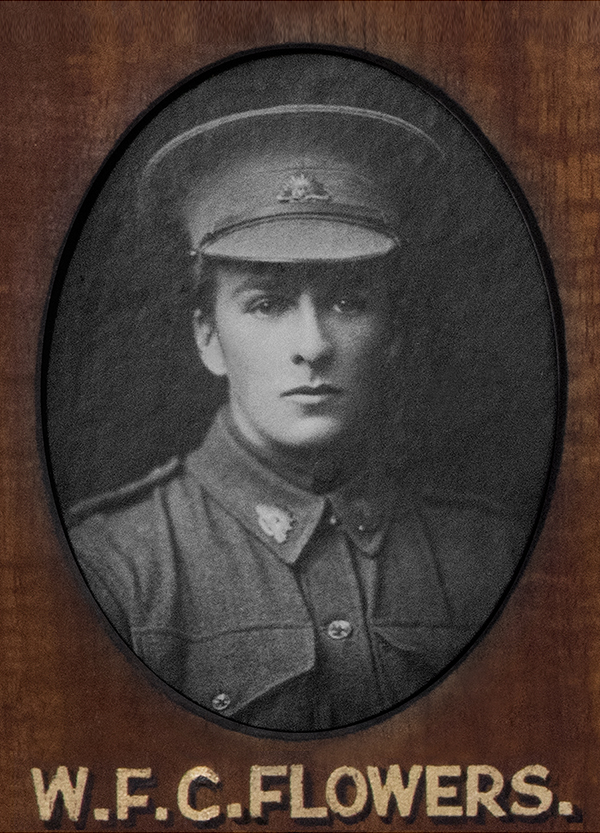 Additional Information Wilfred Flowers attended the Central State and Grammar Schools in Williamstown. Prior to enlisitng he worked for Watson and Co., Melbourne. He was rejected five times before being accepted for enlistment on his sixth attempt. In September 1917 his parents received notification of his death, over a year after he was reported missing on 8 July 1916. In April 1917 a British soldier found the bible Mrs Flowers had given her son prior to his leaving home and returned it to her. His elder married brother, Harold Alfred Flowers (17341) enlisted in the Army Medical Corps on 31 January 1916.  He returned to Australia in August 1919.
Additional References Williamstown Chronicle, Saturday 22 September, 1917, p3
Additional Documents and Photographs Click on the image to see a larger view