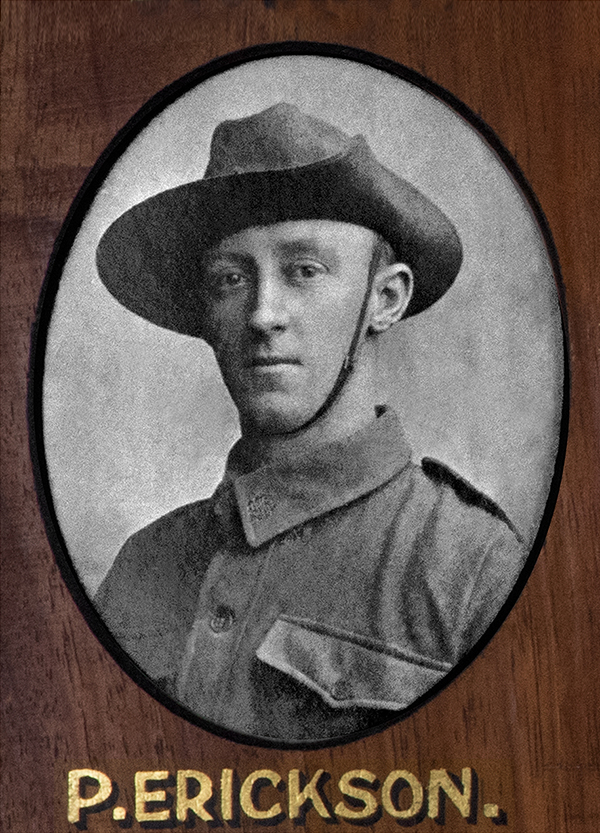 Additional Information Percival Erickson was a wardsman at the Church of England Grammar School, St Kilda Rd and a member of the Dover Cricket Club, Williamstown. He sailed on the First Convoy of 38 ships which departed from Albany, Western Australia on 1 November 1914. Percy wrote to his widowed mother from Egypt saying the men received a tin of chocolate, five cigarettes and a clasp knife for Christmas.  He described the local custom of milking the cow at the customers door and that they now had only Egyptian money.  He commented about the heat in Egypt while supposing that it would be pretty hot at the bottle works back home at that time of the year.  He told his mother that he was in the best of health and to not worry about him. Private Erickson died on 25 April, 1915, the first day of the landing on Gallipoli.
Additional References Williamstown Chronicle, Saturday 6 February, 1915, p3 and Saturday 19 June 1915, p3 The National Anzac Centre, Albany, Western Australia
Additional Documents and Photographs Click on the image to see a larger view