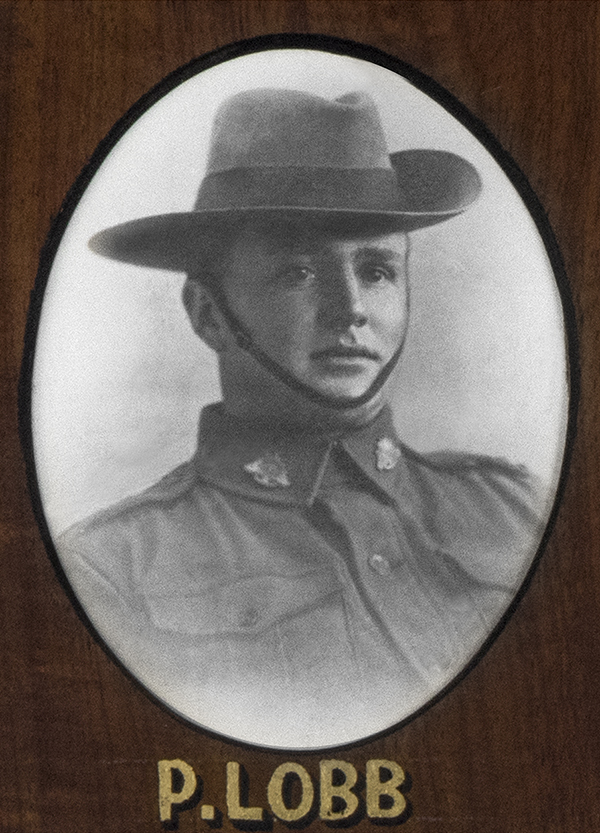 Additional Information Percy Lobb sailed on the First Convoy of 38 ships which departed from Albany, Western Australia on 1 November 1914. Prior to enlisting, Percy was shift boss at the Clarence United Mine, Eaglehawk, Vic. Percy Lobb was mentioned in despatches and for acts of Conspicuous Gallantry and Valuable Services by setting an excellent example for the men working on the surface of the B5  communication way under heavy fire on the night of 6 August 1915. His brother, William John Lobb (2354) was killed in action 9 June 1917.
Additional References Williamstown Chronicle, Saturday 31 July 1915, p3 The National Anzac Centre, Albany, Western Australia
Additional Documents and Photographs Click on the image to see a larger view