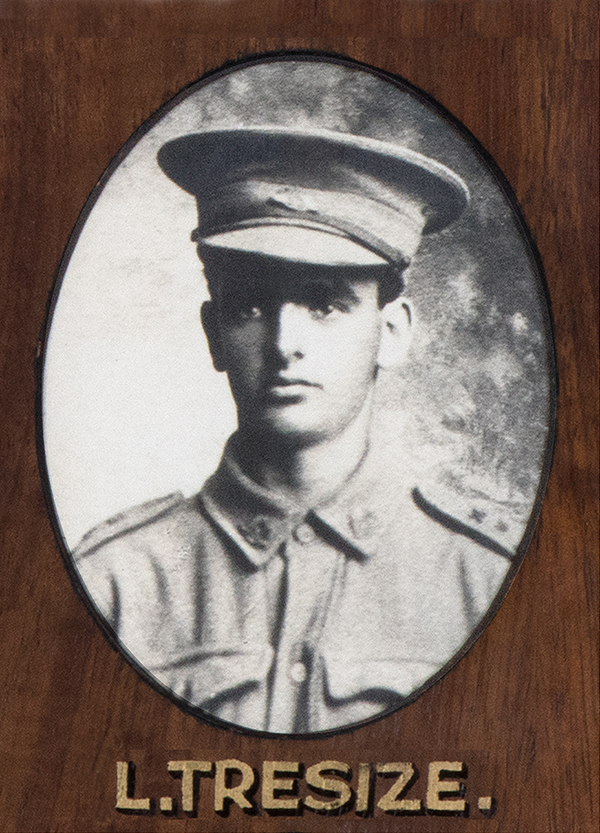 Additional Information The surname of the Trezise brothers is spelt Tresize on the Honour Board. Leslie Trezise enlisted on 16 March 1915 at the age of 18 years and 8 months and younger brother, Reginald enlisted 12 months later, on 22 March 1916 at the age of 18. Brother, Pte Reginald Trezise, 59th Battalion was killed in action in France, 15/10/1917 An honour board was unveiled at the Newport Dispensary Hall for the Newport Tent I.O.R.  in December 1919.  The honour board, which was made of Australian blackwood, with fiddle-back panels, contained the names of 36 members, nine of whom had sacrificed their lives for their country, of which the Trezise were two.
Additional References Australian War Memorial Photo P08391.001 Williamstown Chronicle, Saturday 13 December 1919, p2
Additional Documents and Photographs Click on the image to see a larger view