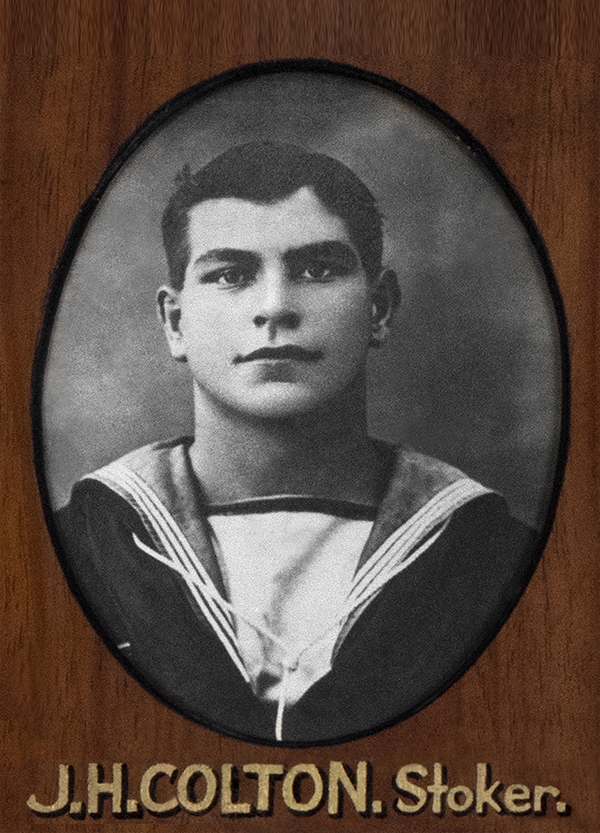 Additional Information James Henry Colton was serving on the HMAS Huon when he was admitted to the 51st Stationary Hospital, Genoa on 14 October 1918 with influenza.  He died of a severe haemorrhage from the lungs on 21 October 1918. Five seamen from the HMAS Huon died from an influenza outbreak while she was docked at Genoa for repairs.  All are buried in the Staglieno Cemetery, Genoa Italy. The HMAS Huon was the first warship to be wholly built in Australia, at Cockatoo Island dockyard, for the RAN.  While in the Mediterranean, the Huon was one of three destroyers fitted with an observation balloon, principally to search for signs of submerged submarines.  While on patrol on 8 August 1918, HMAS Huon collided with HMAS Yarra. She was subsequently docked at Genoa for repairs, where her crew were struck down by the influenza epidemic. Notice of his death in the Richmond guardian notes that he had previously lived in Newport, Vic
Additional References Richmond Guardian, Saturday 2 November 1918, p2 Matthew Smith Thesis: QUT ePrints, The Relationship Between Australians and the Overseas Graves of the First World War, p261 Australian War Memorial, HMAS Huon
Additional Documents and Photographs Click on the image to see a larger view