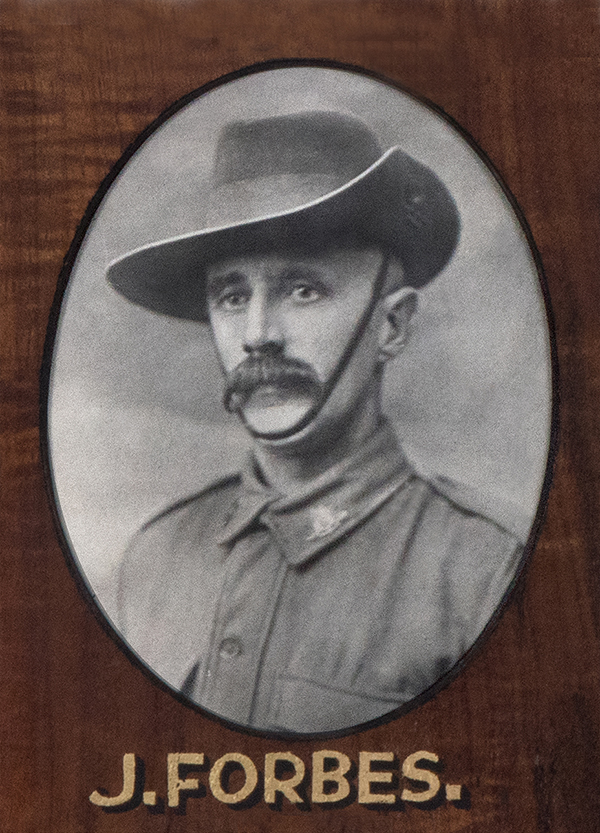 Additional Information Attended North State School. Prior to moving to Sydney, James Forbes worked for a number of years in the office of MacRobertson and Co., wholesale confectioners, Ftizroy, Vic.  In Sydney he worked for the NSW Railways. The commanding officer wrote to James Forbes's brother 'I regret very much to inform you that your brother was unfortunately killed on August 22 at Hill 60 during a bayonet charge made by the 18th Battalion.  Your brother was one of the first in the charge, which is often commented on by his few mates who are left.'
Additional References The Argus, Melbourne, Monday 24 January, 1916, p13
Additional Documents and Photographs Click on the image to see a larger view