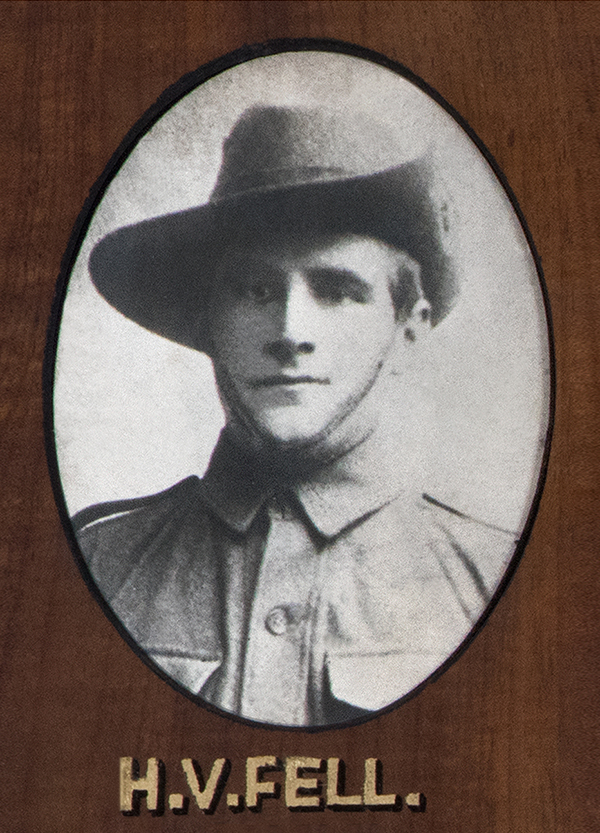 Additional Information Victor Fell attended North Williamstown School Five Fell brothers enlisted in WW1. Harold Victor Fell was the first to enlist.  After serving in Gallipoli he was sent to France with the 22nd Battalion in March 1916.  It was after the fighting at Pozieres that Harold was reported missing on 5 August 1916.  In November 1917, fifteen months later, a court of enquiry found that he had been killed in action. Frank Rupert Fell (585), who also attended North Williamstown School, and Arthur Rex Fell (744) enlisted in the 37th Battalion on the same day, 13 March 1916.  They both embarked together on the Persic to England and arrived in France in November 1916.  Frank was wounded in action at Passchendaele and taken to a dressing station.  Sadly a shell landed on the dressing station killing Frank.  He was buried at Dochy Farm New British Cemetery. Arthur Fell returned to Australia in May 1919.  Two other Fell brothers, Edwin Thomas Fell (10249) and John Alfred Fell (504) returned to Australia after serving on the Western Front.
Additional References Wintle, Arthur: The Fell Family and WW1 in Signpost Community Magazine Inc, June, July, August September 2012 editions (based on information supplied by Sue Gullick)
Additional Documents and Photographs Click on the image to see a larger view