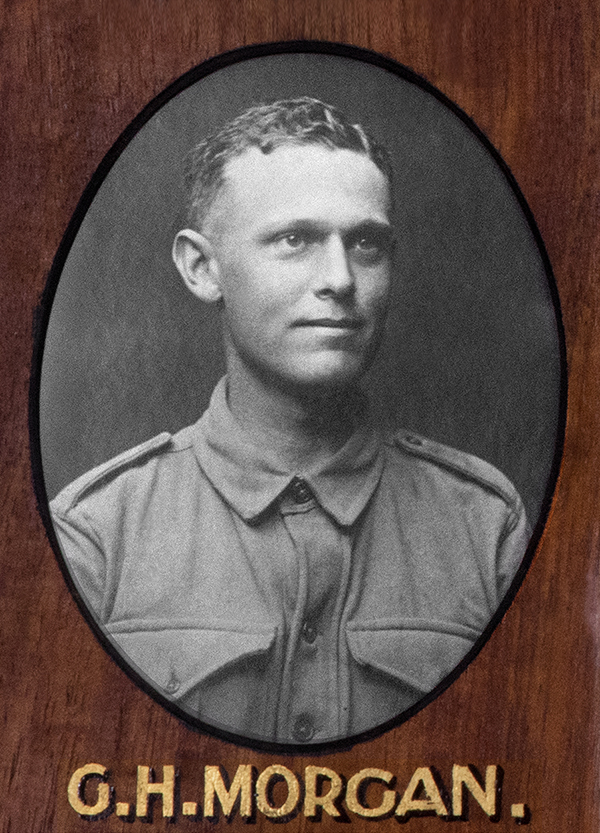 Additional Information George Morgan attended Central State School, Williamstown.  He was employed by Australian Steamship Co. and Howard, Smith Ltd prior to enlistment. In January 1917 the parents of George Henry Morgan received a parcel via Howard Smith Ltd, Brisbane.  In it was a little silver wrist watch.  Sergeant H S Clifford of the Pioneer 21st Battalion found the watch in the trenches of Pozieres and handed it to the authorities.  Engraved on the back was 'Presented to G H Morgan by the Brisbane staff of Howard Smith Ltd 20/7/15'.  The watch was forwarded to the company who then sent it to George Morgan's family in Williamstown. George's brother, John Vernon Morgan (3874) also worked for Howard Smith as a purser on the SS Canberra.  The brothers received a combined send off by the firm and its employees. They enlisted in the 23rd Battalion at the same time and embarked together on the HMAT Warilda on 8 February 1916.  After arriving in Egypt, both boys proceeded to France where John was wounded in action in March 1917 and returned to Australia to be discharged.
Additional References Williamstown Chronicle: Saturday 27 January 1917, p2 and Saturday 23 September 1916, p3 Australian War Memorial Photo DA13953
Additional Documents and Photographs Click on the image to see a larger view