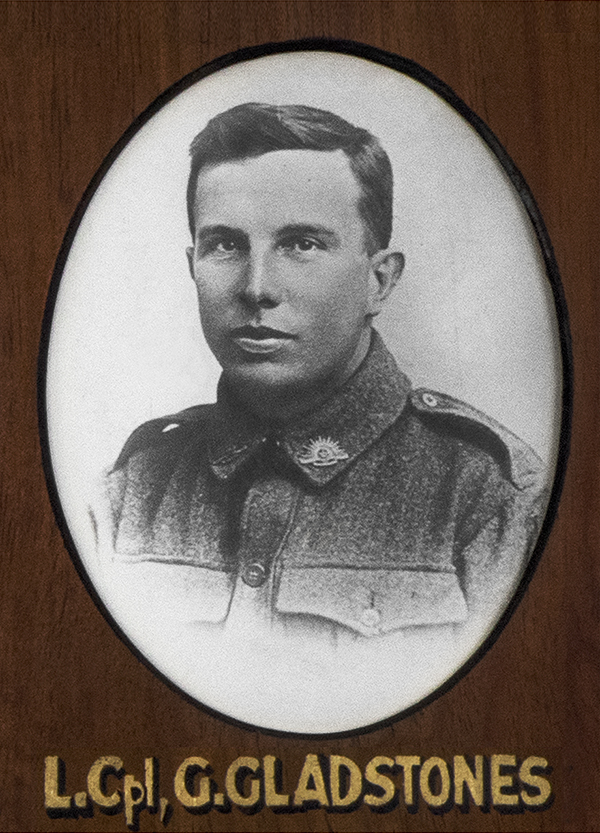 Additional Information Geoffrey attended Central State School, Williamstown and University High School.  He was a member of the Cecil St Presbyterian Church and the Williamstown Cricket Club. Geoffrey and his younger brother, Vernon Talbot Gladstones (1075) enlisted on the same day and embarked on the HMAT Beltana together.  Vernon returned to Australia on 1 February 1918.  Vernon had written to his parents about his experiences: 'I have been in one great charge.  It was hell.  Any man who has been in a charge and says he would like to be in another is either a lunatic or a liar'.  Following Geoffrey’s death Mrs and Mrs Gladstones presented the Williamstown Cricket Club with a large oak-framed photo of their son, to hang alongside those of Stewart Murray Hansen and Alfred Duncan Thomas.  Twenty-seven members of the Williamstown Cricket Club enlisted in WW1.
Additional References Williamstown Chronicle, Saturday 13 October 1917, p3 and 30 September 1916, p3; Williamstown Advertiser, Saturday 9 February 1918, p3
Additional Documents and Photographs Click on the image to see a larger view