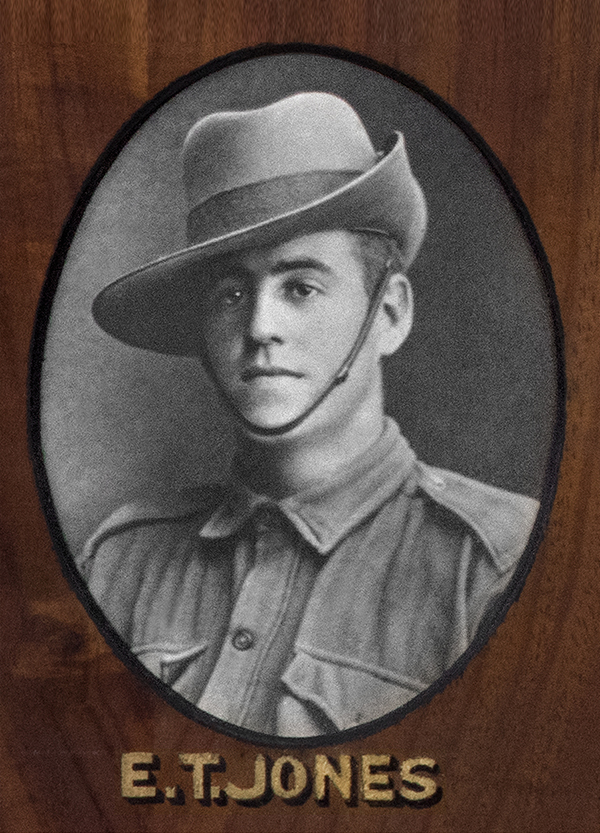 Additional Information Edward Thomas Jones enlisted with the second contingent of 42 Williamstown enlistees and sailed with the Second Convoy of 19 ships which departed from Albany, Western Australia on 31 December 1914. He attended Central State School, Williamstown and was a member of the Williamstown Baseball Club.  Prior to enlistment he was employed with the Mt Lyell Chemical Works. Edward Jones was at the Gallipoli landing for 14 days, remaining on the ship to look after the horses and to return to Egypt with them.   He was transferred to a machine gun section then the Pioneer Battalion prior to being sent to France.
Additional References Williamstown Chronicle: Saturday 26 December 1914, p3; Saturday 9 September 1916, p2 The National Anzac Centre, Albany, Western Australia
Additional Documents and Photographs Click on the image to see a larger view