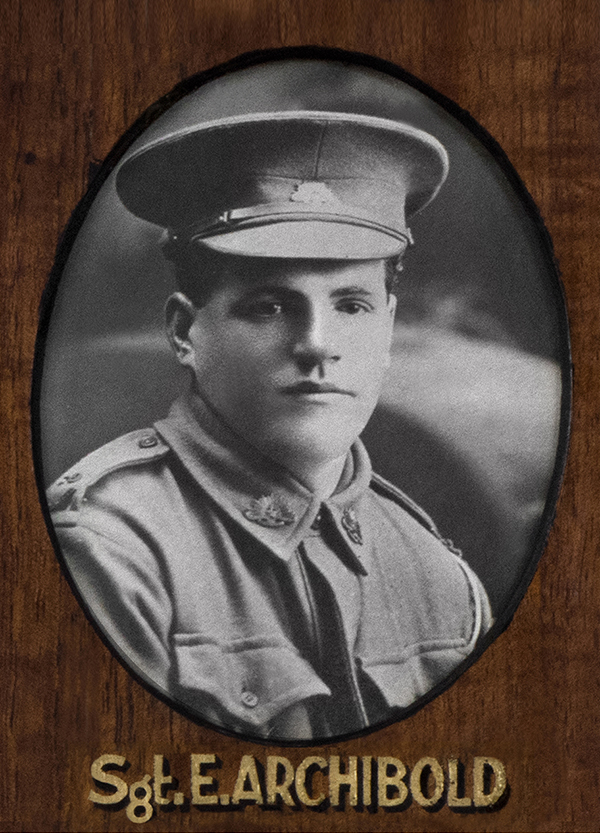 Additional Information Attended Williamstown State School. On his enlistment, Ernest's workmates at the Newport Workshops Foundry presented him with a wristlet watch and a safety razor. When Sergeant Archbold's mother enquired after the welfare of her other son, Shirley, the military wrote that Shirley Archibold (1037) enlisted on 1/7/1915 at Melbourne and embarked with the 30th Battalion on 9/11/1915.  The authorities informed her that he was transferred to Signalling Company Engineers on 7/6/1916.  It's unknown if he died or returned to Australia as  further records for Shirley Archbold are unavailable.  A newspaper report notes that Shirley Archbold was with the Naval Infantry Unit at Seymour.
Additional References Williamstown Chronicle, Saturday 24 July, 1915, p3