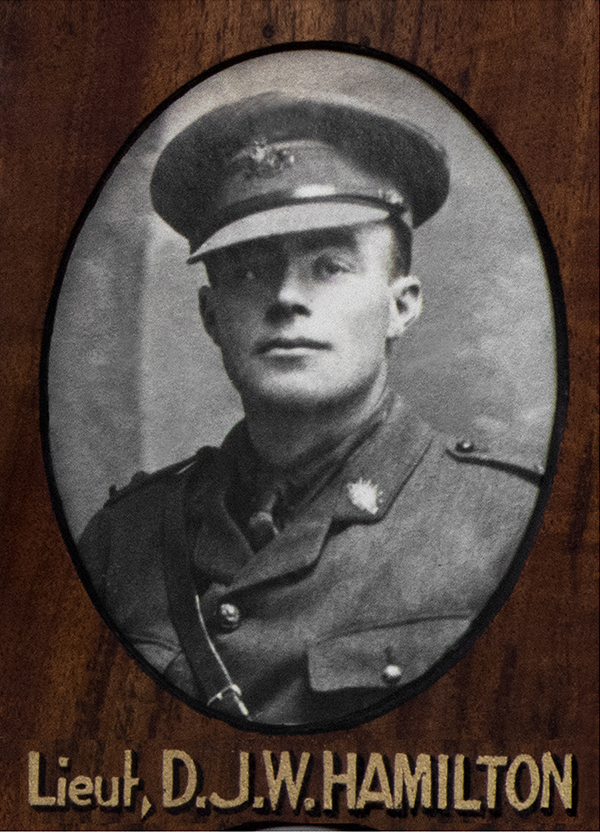 Additional Information David James Wallace Hamilton enlisted with the second contingent of 42 Williamstown enlistees and sailed with the Second Convoy of 19 ships which departed from Albany, Western Australia on 31 December 1914. His address at time of enlistment Royal Hotel, Nelson Place, Williamstown, Vic. He was wounded twice in Gallipoli, the second time with a gun shot wound to the back and spent time recovering at the London General Hospital. On recovery he was posted to France in June 1916, promoted to Lieutenant in March 1917 and killed in action in June 1917. His brother, Frank Hepburn Hamilton (2153) enlisted in July 1915 and returned to Australia in April 1919.
Additional References Williamstown Chronicle, Saturday 26 December 1914, p3 The National Anzac Centre, Albany, Western Australia
Additional Documents and Photographs Click on the image to see a larger view