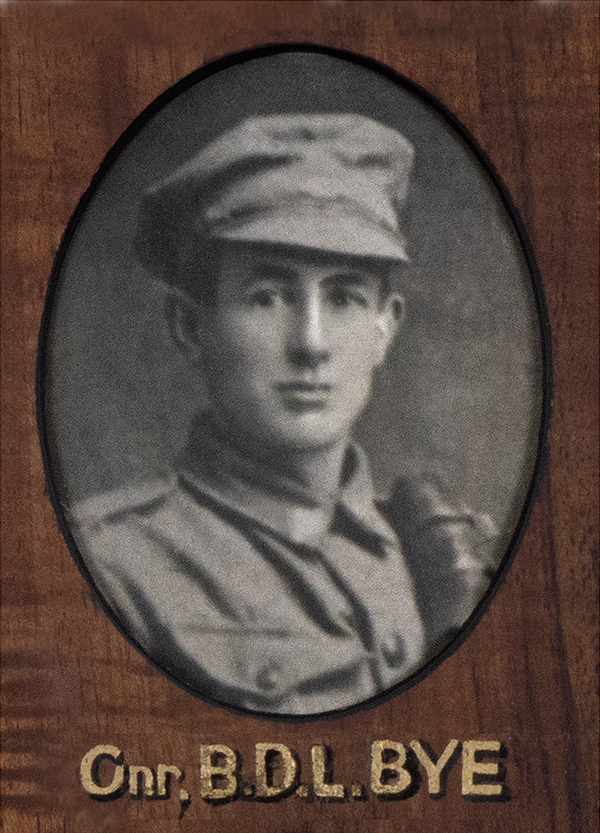 Additional Information Bert Bye had two daughters: Edna Coree and Alma Jean. Bert Bye was reported by his mates to be well liked, a good singer and a specialist signaller. In his Red Cross file it's reported that he was on duty at Red Lodge, near Warneto when he was killed instantly when hit in the head by a Minewerfer. Minenwerfer ("mine launcher") is the German name for a class of short range mortars used  to clear obstacles including bunkers and barbed wire, that longer range artillery would not be able to accurately target.