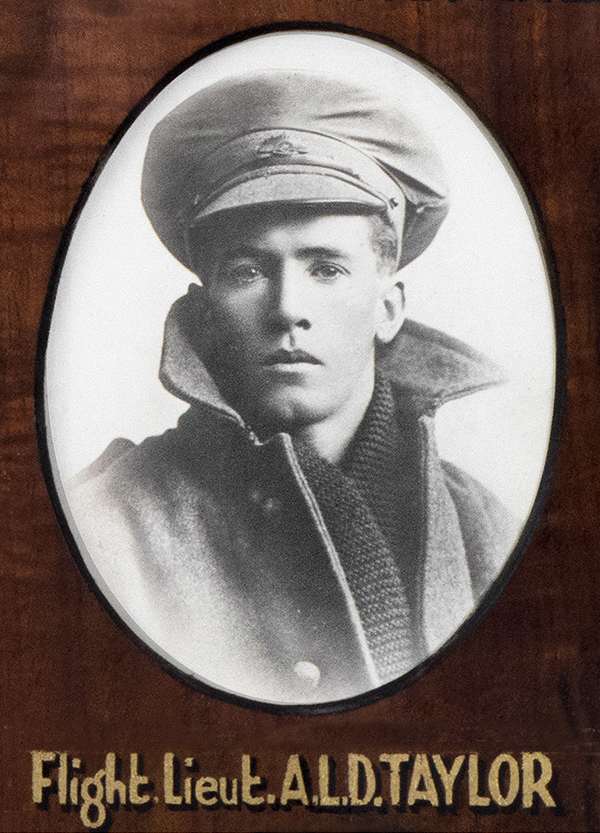 Additional Information Albert Taylor attended Central State School, Williamstown and Working Men's College. He transferred to the Australian Flying Corps in August 1917 and completed a course at the No. 1 School of Military Aeronautics.  He was appointed Flying Officer/Observer and promoted to 2nd Lieutenant in December 1917 and appointed Lieutenant in March 1918. Albert Taylor was killed in action on 20 May 1918. In his Red Cross file witnesses confirm that the plane was hit by machine gun fire and Lieutenant Taylor was shot in the head.  The Pilot, Captain Jones was wounded and managed to fly the plane back before crashing close by the airport. Lieutenant Albert Lawrence Dean Taylor was buried at Vignacourt British Cemetery and a cross made out of a propeller. Albert Taylor can be seen in Australian War Memorial photo E02044 standing by the wreckage of the Red Baron's plane, see additional photographs section below. It’s believed that Baron von Richthofen's (the Red Baron) Fokker Triplane was shot down by a Lewis gun attached to a Battery of Australian Field Artillery and crashed in Australian lines.
Additional References Williamstown Chronicle, Saturday 8 June 1918, p2; Australian War Memorial Photo E02044
Additional Documents and Photographs Click on the image to see a larger view