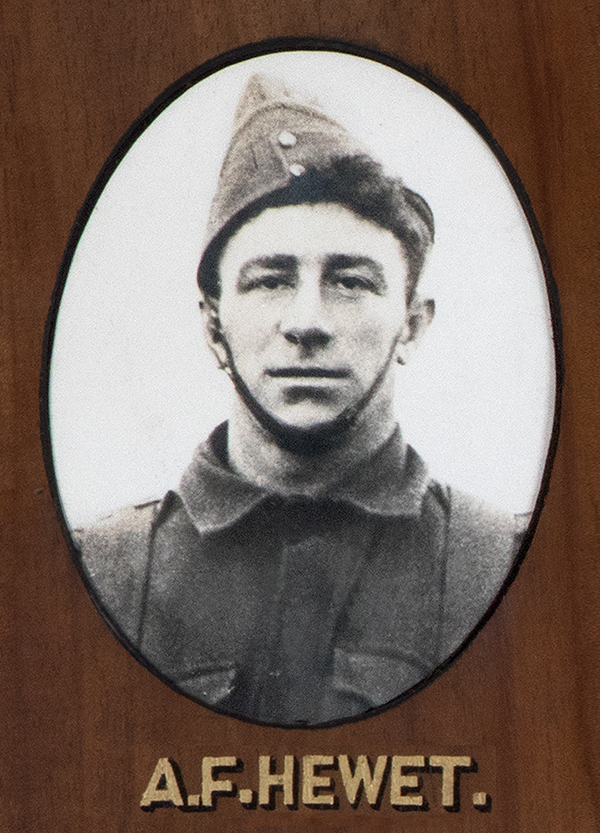 Additional Information As he was also known as Augustus Fredrick his first names on his enlistment papers differs from the Williamstown Town Hall Honour Board. George Hewet sailed with the First Convoy of 38 ships which departed from Albany, Western Australia on 1 November 1914. George Frederick Hewet ('Hewett' on original papers - his name was corrected on the Lone Pine Memorial in May 1926). A Court of Enquiry held in the field in France on 5 June 1916 found that Hewet was killed in action at Gallipoli in August 1915. In response to correspondence from the military noting that the final resting place of her son was unable to be located, Mary Hewet wrote that a friend of her son told her that he was last seen alive in a trench later known as Scobie Trench at Lone Pine and was buried either in a trench there or at the top of Browns Dip with other Australian and Turkish soldiers. A copy of this correspondence is on George Hewet's service records.
Additional References The National Anzac Centre, Albany, Western Australia
Additional Documents and Photographs Click on the image to see a larger view