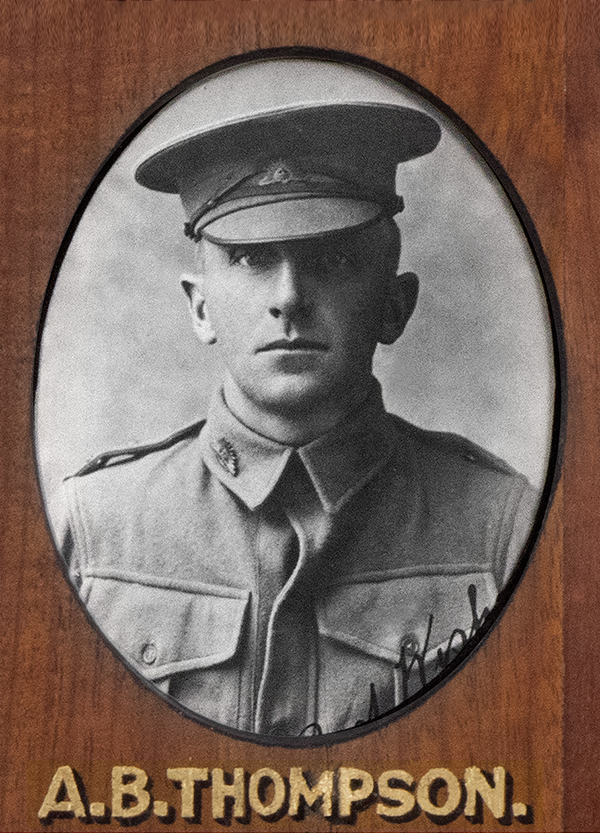 Additional Information The son of a lighthouse keeper, Adam Thomson was born at Queenscliff Barracks.  When the family moved to Williamstown he attended Williamstown Central School. He was a junior clerk at Molesworth Chambers, Little Collins St, Melbourne before working as a miner in Queensland. Adam Thomson enlisted in the 9th Battalion and sailed with the Second Convoy of 19 ships which departed from Albany, Western Australia on 31 December 1914. The 9th Battalion, raised within weeks of the declaration of war in August 1914, was the first battalion recruited in Queensland, and with the 10th, 11th and 12th Battalions, formed the 3rd Brigade. The 3rd Brigade was the covering force for the ANZAC landing on 25 April 1915, and was the first ashore at around 4.30 am. The battalion was heavily involved in establishing and defending the front line of the ANZAC beachhead. Adam Thomson was wounded in the shoulder on the day of the Gallipoli landing.  He was hospitalised in Alexandria before being transferred to the 2nd Western General Hospital, Manchester, England in May 1915.  He had an xray of the bullet in his shoulder, which he sent home to his family. Rejoining his battalion in November 1915 at Alexandria, he was appointed as a Driver and arrived with them in Marseilles in April 1916. On 16 February 1917 Adam Thomson was admitted to the 2nd Australian Field Ambulance with an accidental head injury.  A Court of Enquiry the following day found that Adam Bain Thomson died of accidental injury while in the execution of his duties. Adam’s family received a letter of condolence from the Williamstown Town Clerk, Frederick Ogden, who was to lose his own son, Geoffrey, a month later. In 1937 his nephew, Gordon Thomson, visited Adam's grave in Albert, France.  He wrote to the family that there was little trace of the war 'but every few miles are these little forests of white tombstones, British, French and German, shrieking their silent message to posterity'. He also attached to the letter a rose and part of a bush that grew near Adam's grave.
Additional References Williamstown Chronicle: Saturday 16 October 1937, p5 Photos and personal interview with Robyn Leach (grand niece) 9th Australian Infantry Battalion, Australian War Memorial The National Anzac Centre, Albany, Western Australia
Additional Documents and Photographs Click on the image to see a larger view