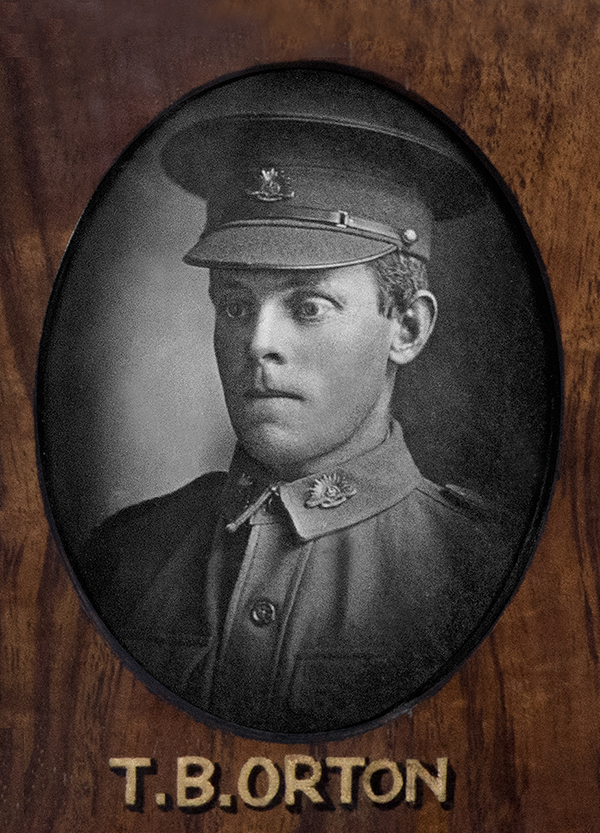 Additional Information Red Cross Files note that Thomas Orton was a Grocer in Williamstown. His will notes that his brother, Charles Craig Orton lives at Yarraville, Vic. On 16 September 1917, aged 37, he was wounded in an ammunition explosion in a trench at Hell Fire Corner and died in hospital later that day. Australian War Memorial photo P03483.034 is of the original grave of Private Thomas Orton, taken by his Lieutenant.  He was reburied at The Huts Cemetery, Dickebusch, Belgium. His name appears on the North Williamstown Presbyterian Church (now St Stephens).
Additional References Australian War Memorial Photo P03483.034
Additional Documents and Photographs Click on the image to see a larger view