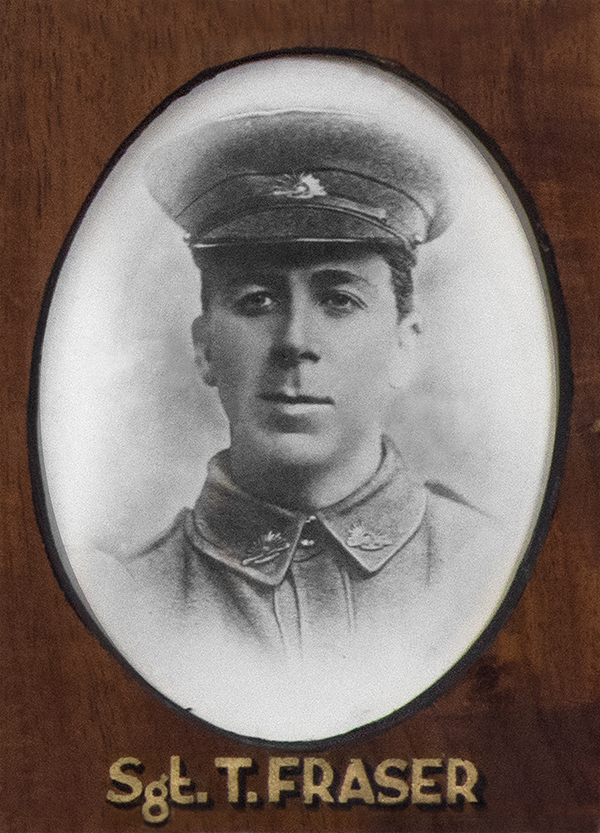 Additional Information You can view a video on Thomas Fraser on our Video Stories Page   Williamstown Town Engineer, Thomas Fraser had worked at Williamstown Municipality since July 1912.  His farewell was attended by 150 council employees.  He was described as a ‘man among men’ and his skills at making Williamstown roads equal to the standard of any road in Melbourne were highly regarded.  Town Clerk Mr Ogden, noted that ‘His kindly disposition had endeared him to the staff and they one and all wished him success abroad and a speedy and a safe return’.   The Councillors voted to make up the difference in pay while he was enlisted. Tom, as he was known to his men, was laying planks to make a road at Hell Fire Corner when he was killed instantly by shell fire on the Menin Road Ridge. He was buried where he died but the location of his grave was lost and he has no known grave.
Additional References Williamstown Chronicle, Saturday 5 February 1916, p2 and Saturday 6 October 1917, p3
Additional Documents and Photographs Click on the image to see a larger view