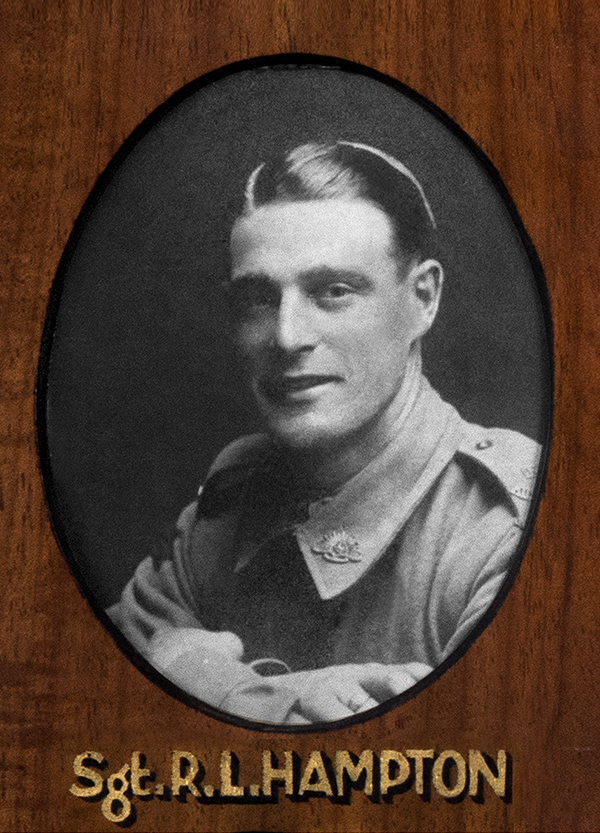 Additional Information Reuben Hampton sailed on the First Convoy of 38 ships which departed from Albany, Western Australia on 1 November 1914. He was associated with the Junior Templars, Albert Park; the Leopold Football Club; Howe Crescent and Newport Baptist Cricket Clubs and Albert Park Swimming Club. Rueben Hampton was wounded in August 1915 at Gallipoli and evacuated on the Hospital Ship Gascon.  Even though the symptoms of tuberculosis first presented in December 1916, Sergeant Hampton fought at the front until March 1918. He was admitted to hospital in England in June 1918 and returned to Australia in September 1918.  He died at the Military Sanatorium, Macleod, Victoria on 7 April, 1919. An honour board was unveiled at the Newport Dispensary Hall for the Newport Tent I.O.R.  in December 1919.  The honour board, which was made of Australian blackwood, with fiddle-back panels, contained the names of 36 members, nine of whom had sacrificed their lives for their country, of which R Hampton was one.
Additional References Williamstown Chronicle, Saturday 25 September 1915, p3 Williamstown Chronicle, Saturday 13 December 1919, p2
Additional Documents and Photographs Click on the image to see a larger view