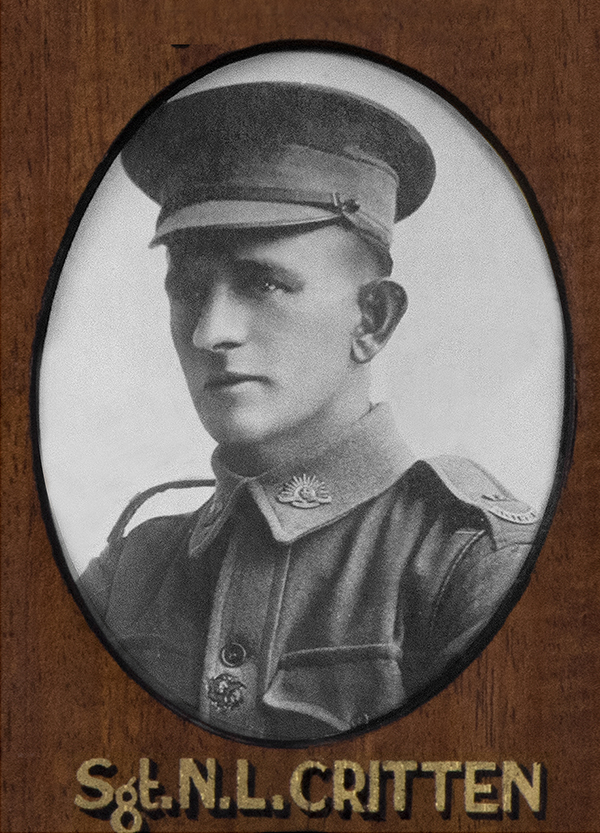 Additional Information Norman Critten attended the Central State School, Williamstown. He worked for McIllwraith, McEacharn and Co. in Western Australia and India.  At the time of enlistment he was their Singapore Manager. He lived in Gilstead with his dog, Mick.  His name is on the Singapore Cricket Club Memorial. Brother: Stanley Hector Critten (3487), enlisted August 1915, returned to Australia September 1917.
Additional References Williamstown Chronicle, Saturday 31 August 1918, p3 Forgotten Names Recalled, the Singapore Cenotaph Project
Additional Documents and Photographs Click on the image to see a larger view