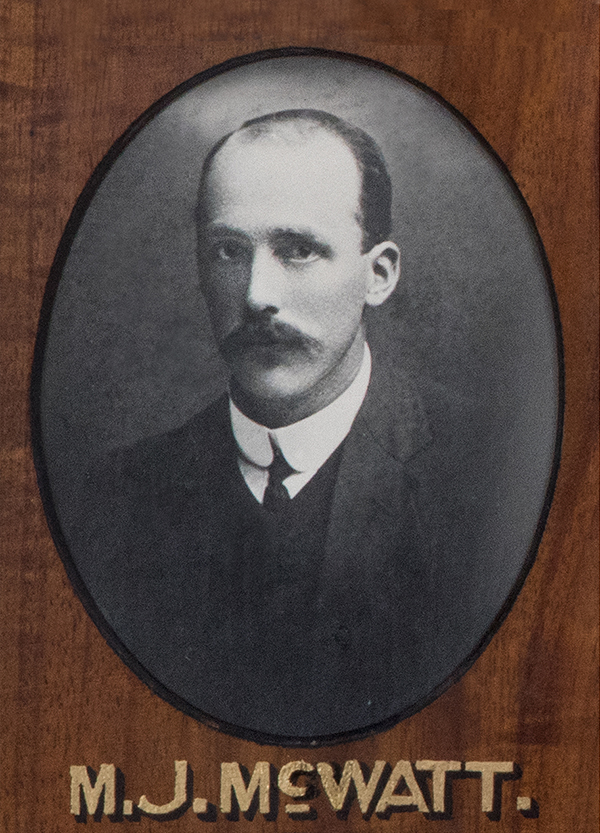 Additional Information Malcolm McWatt was the son of Robert James (late of Champion Rd, Williamstown) and Maria McWatt. He sailed on the First Convoy of 38 ships which departed from Albany, Western Australia on 1 November 1914. There are copies of Malcolm James McWatt's diary, a postcard and a letter at the Tasmanian Archives. The postcard is addressed 'To My Dear Son Leslie'.  He hopes that Leslie is good and going to school to learn his lessons so he can write to his father to let him know how 'Mother & Myrtle & Willie are getting on.'  He also asks Leslie to look after his Mother, brother and sister until he gets home. Private McWatt never returned home, he died of wounds received at Gallipoli 4 months after he wrote the postcard. Malcolm James McWatt's name is on the Soldiers' Colonnade at Glenora, Tasmania. His wife and children returned to Tasmania while he was overseas.  Daughters: Edith and Myrtle Alice Elizabeth; Son: Leslie Walter James
Additional References Argus, 21 June, 1915 Williamstown Chronicle, Saturday 5 June, 1915, p2 Archives Office of Tasmania, McWatt family The National Anzac Centre, Albany, Western Australia
Additional Documents and Photographs Click on the image to see a larger view