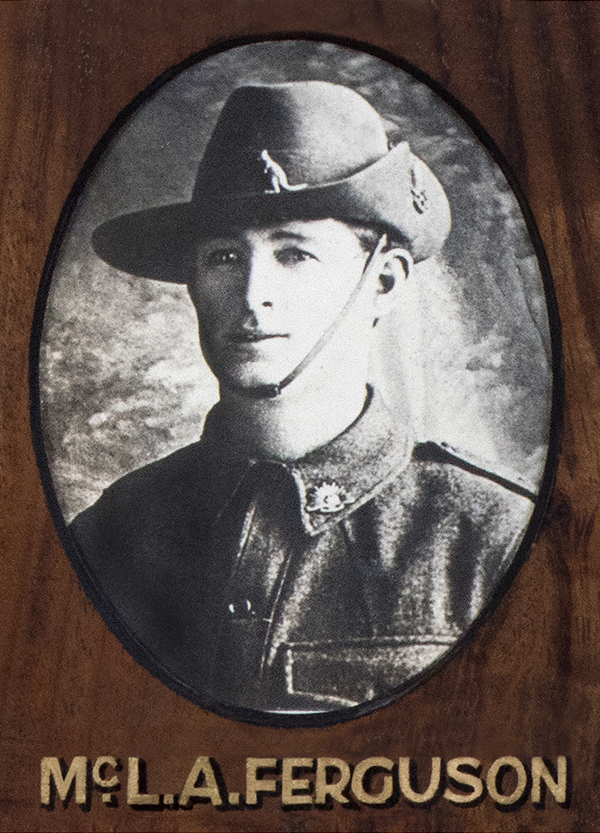 Additional Information Archibald's hyphenated name caused confusion: He signed his name as Archibald Ferguson-McLellan, however the military used McLellan as his surname.  His surname on the Williamstown Honour Board is Ferguson. Archibald embarked with the 12th Reinforcements of the 14th Battalion in November 1915.  On arriving in Egypt he was transferred to the 12th Brigade Machine Gun Company.  However his vision was found to be defective and he was transferred to the 46th Battalion and sailed with them for the Western Front in June 1916.  Their first major battle was at Pozieres. In August 1916, Archibald had time away from the battlefields to be treated for Furnuculosis of his neck (masses of infected boils).  He returned to his unit in September 1916.  On 16 February 1917 he was wounded, causing a compound fracture of his left thigh.  He died from wounds at the No.1/1 South Midland Casualty Clearing Station.