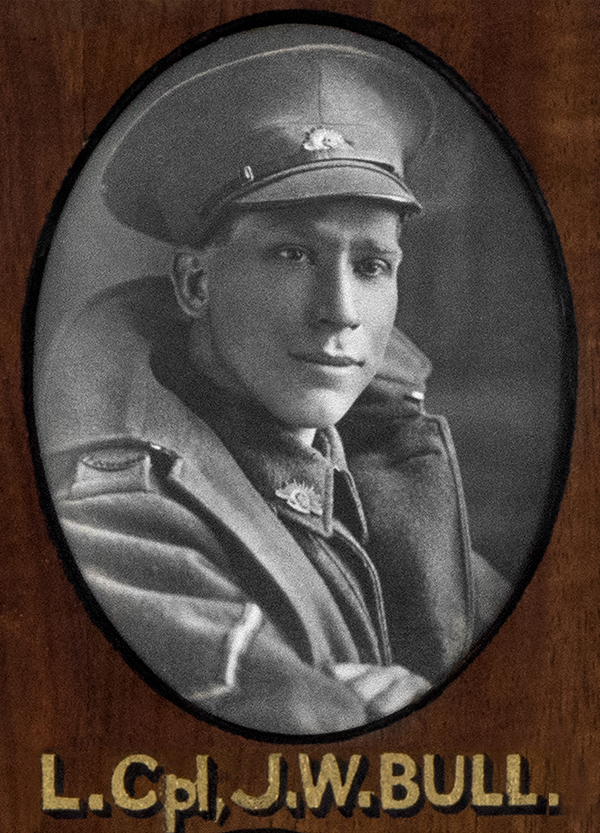 In a letter to Mr Bull after his son’s death, his commanding officer wrote that despite developing deafness, John Bull was determined to fight.

Prior to enlisting Lce Cpl Bull was a local postal assistant before entering St John’s College, St Kilda to train for the ministry.  He was held in such high regard at the Aspendale Episcopalian Church that as a tribute to John Wallace Bull, they installed a brass altar book-rest inscribed with his name and date of death.

Sadly his identity disc and his personal effects were lost at sea when the Barunga was sunk by torpedo in July 1918 off the Cornwall coast.