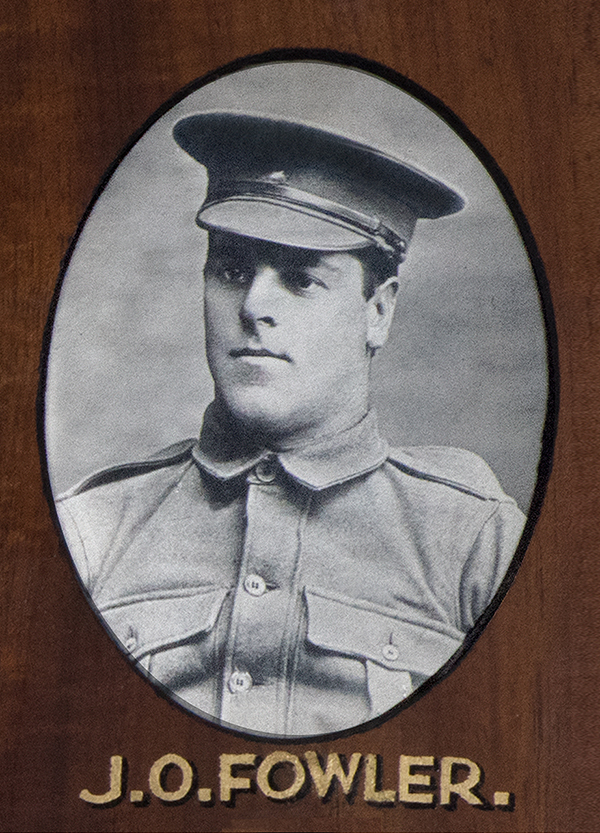 Additional Information John Orton Fowler attended North Central State School prior to joining the Victorian Railways. His brother, Stanley Fowler (1099) enlisted in the 5th AIF on 17 October 1914 and sailed on the Orvieto with the First Convoy of 38 ships that left Albany in October 1914.  He was wounded on 25 April 1915 at Gallipoli and again on 25 July 1916 at Pozières, France, where he was severely injured in the head and legs. Invalided home, he was discharged on 30 May 1917 in Melbourne.   At the time of John Fowler's death, 7 nephews and eleven cousins of his mother, Mrs Fowler, were fighting in WW1.
Additional References Williamstown Chronicle, Saturday 19 August, 1916, p2 John Laurent in http://adb.anu.edu.au/biography/fowler-stanley-10232
Additional Documents and Photographs Click on the image to see a larger view