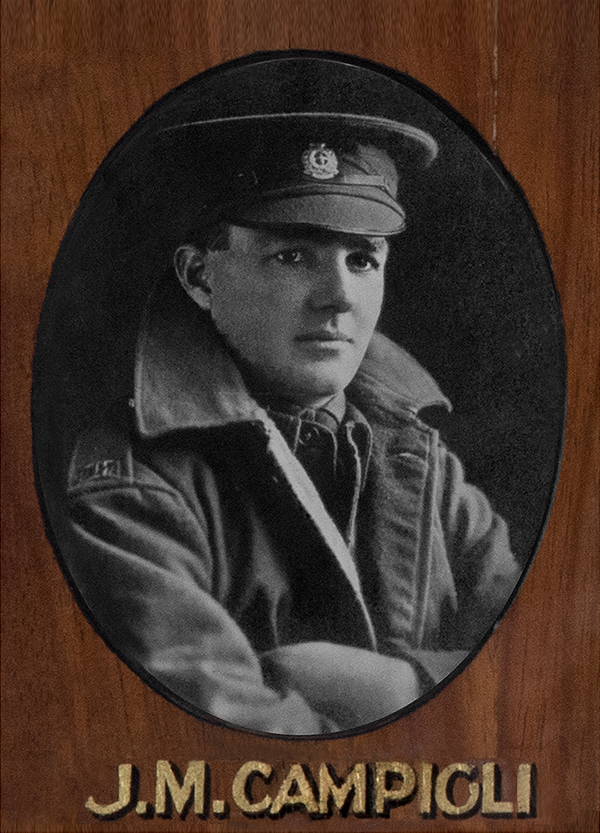 Additional Information Member of the Williamstown Sea Cadets.  John's family previously lived in 75 Railway Place, Williamstown when his father was relieving Station Master for Victorian Railways (noted on service records of George Murray Campigli (237). Brothers George Murray (237), Donald Hugh (1454 & 7460) and Francis Lewis (3634) all enlisted in WW1. Donald Hugh Campigli was awarded a DCM.  He returned to Australia in July 1915 and re-enlisted in May 1917. The attached newspaper articles of Donald Campigli's reports of his service from enlistment to Gallipoli is from the scrapbook of Maud Bear (nee Hillier), courtesy of Jill Bear.
Additional References The Argus, Wednesday 27 November 1918
Additional Documents and Photographs Click on the image to see a larger view