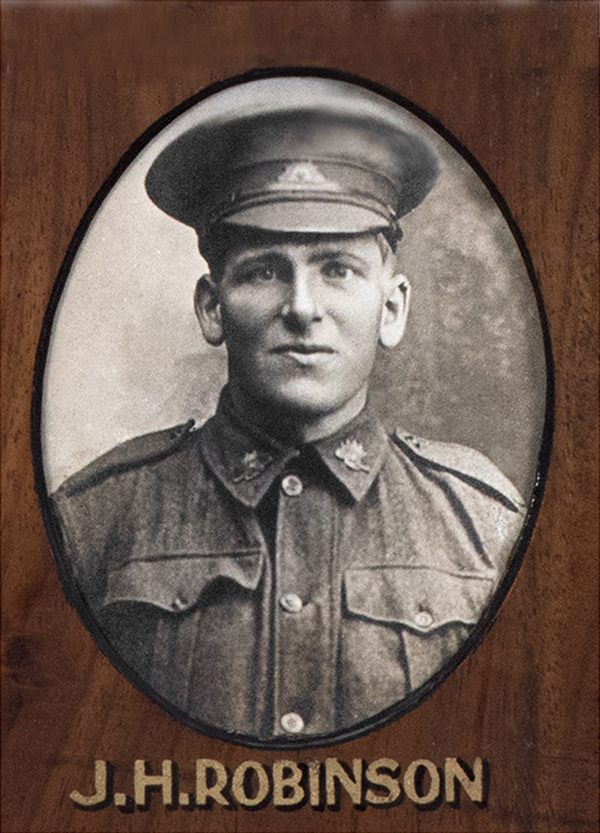 Additional Information A letter from Cr W Henderson, Town Hall, Williamstown enquiring about Private Robinson's enlistment date is on James Robinson's file. James Robinson attended Kilmore State School. On his roll of Honour Circular, his brother, Captain Robinson, entered his age at death as 33- 364/365 years, in other words, he died one day before his 34th birthday. Captain Mont Robinson was the pilot aboard the German cargo ship SS Pfalz when it was turned around as it tried to leave Port Phillip the day the war was declared, 4 August 1914. Another of James brothers, William Ernest Robinson (2214) enlisted on 12 May 1915 and returned to Australia 13 February 1917.
Additional References SS Pfalz: Robertson, A M, War in Port Phillip, Nepean Historical Society, 1968, p1, (mentions Pilot Mont Robinson)
Additional Documents and Photographs Click on the image to see a larger view