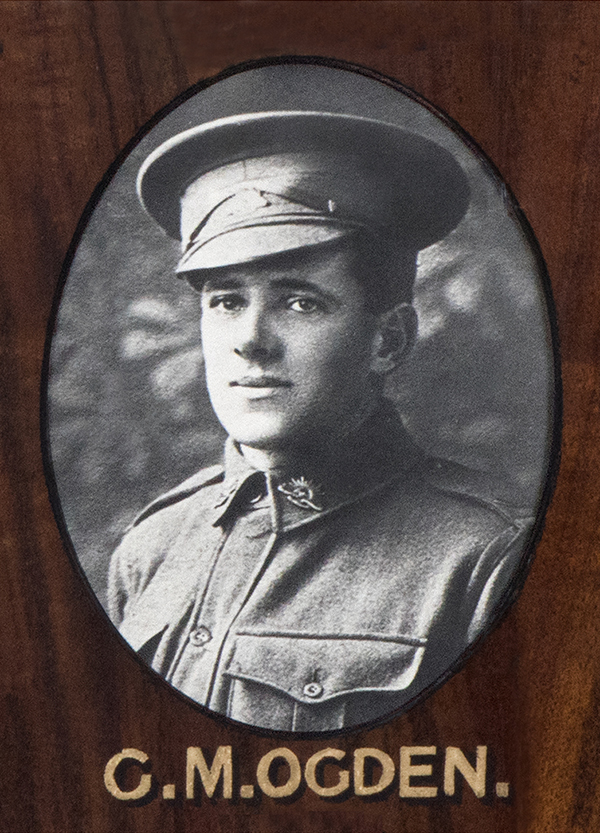 Additional Information Geoffrey Ogden attended Williamstown Grammar School and Melbourne Church of England Grammar School.  He was studying first year law at Melbourne University when he enlisted. His entry in the University of Melbourne web site describes his death:  As a signaller he was sent with a despatch to the front line through a heavy barrage when he was killed. Geoffrey Ogden died on his 21st birthday. Geoffrey's father, Frederick Ogden, was Williamstown's Town Clerk and even though faced with the sorrow of the loss of his own son, he wrote letters of condolence to local families on the behalf of the citizens of Williamstown.
Additional References Williamstown Chronicle: Saturday 11 August 1917, p2 Law, University of Melbourne, Geoffrey Molyneaux Ogden
Additional Documents and Photographs Click on the image to see a larger view