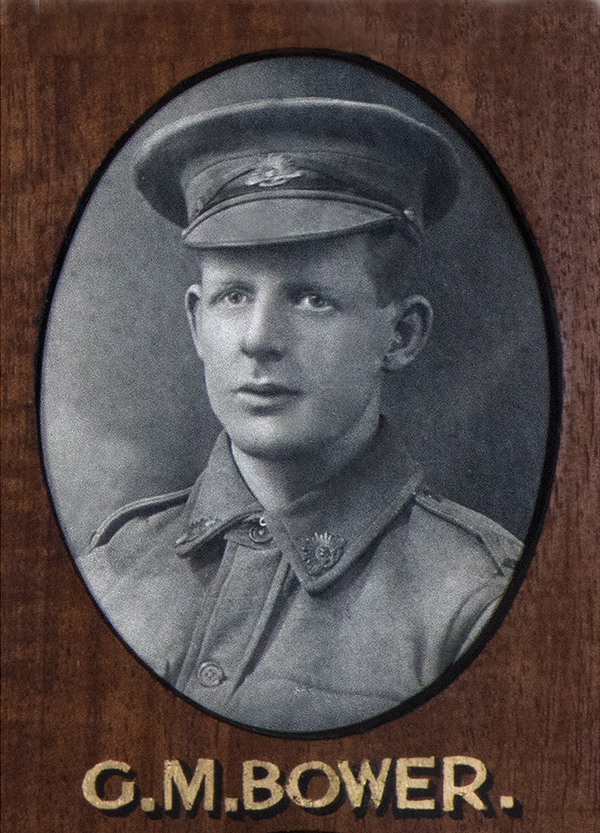 Additional Information George Bower attended North State School and was a member of Newport Methodist Cricket Club. His name appears on the North Williamstown Presbyterian Church (now St Stephens). George was employed at Walker, May and Co. Family printing business was Bower and Young, Parker St, Williamstown, Vic An honour board was unveiled at the Newport Dispensary Hall for the Newport Tent I.O.R.  in December 1919.  The honour board, which was made of Australian blackwood, with fiddle-back panels, contained the names of 36 members, nine of whom had sacrificed their lives for their country, of which G Bower was one.
Additional References Williamstown Chronicle, Saturday 30 September 1916, p2 Williamstown Chronicle, Saturday 13 December 1919, p2
Additional Documents and Photographs Click on the image to see a larger view