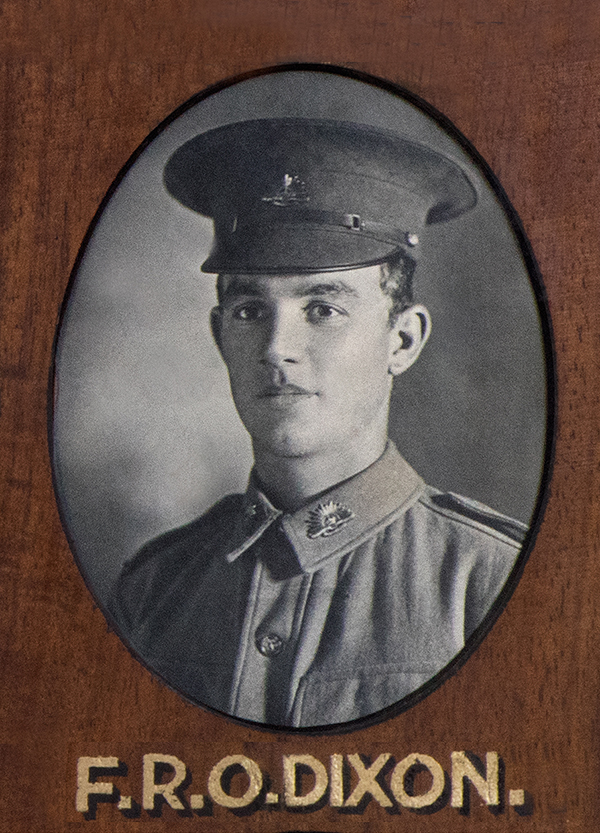 Additional Information Attended North State School.  Prior to enlistment he was a driller at the Newport Workshops. Frederick Dixon enlisted in the 23rd Battalion, which was raised in Victoria in March 1915 as the third battalion of the 6th Brigade. On his way from Egypt to Gallipoli, Frederick was aboard the SS Southland when it was torpedoed on 2 September 1915.    At least 9 men were killed, however all but 40 of 1400 men on board took to the lifeboats and were picked up by other ships in the area.  The ship did not sink and was eventually sailed to safety. After landing at ANZAC Cove, the 23rd Battalion was soon manning one of the most trying parts of the Anzac front line - Lone Pine. The fighting here was so dangerous and exhausting that battalions were relieved every day. The 23rd manned Lone Pine, alternating with the 24th Battalion, until they left Gallipoli in December 1915. After the battalion arrived in France it occupied forward trenches of the Armentieres sector in northern France.  In July 1916 it fought in the horrific battles of Pozieres and Mouquet Farm, after which it was estimated that the Battalion lost almost 90 per cent of its original members. It was during these battles that Frederick Rennie Odessa Dixon was killed in action. His brother, Alfred Odessa Dixon (2587), enlisted 19 June 1915, died of wounds 26 August 1918.
Additional References Williamstown Chronicle, Saturday 9 September 1916, p2 23rd Australian Infantry Battalion, Australian War Memorial Sinking of the Southland
Additional Documents and Photographs Click on the image to see a larger view