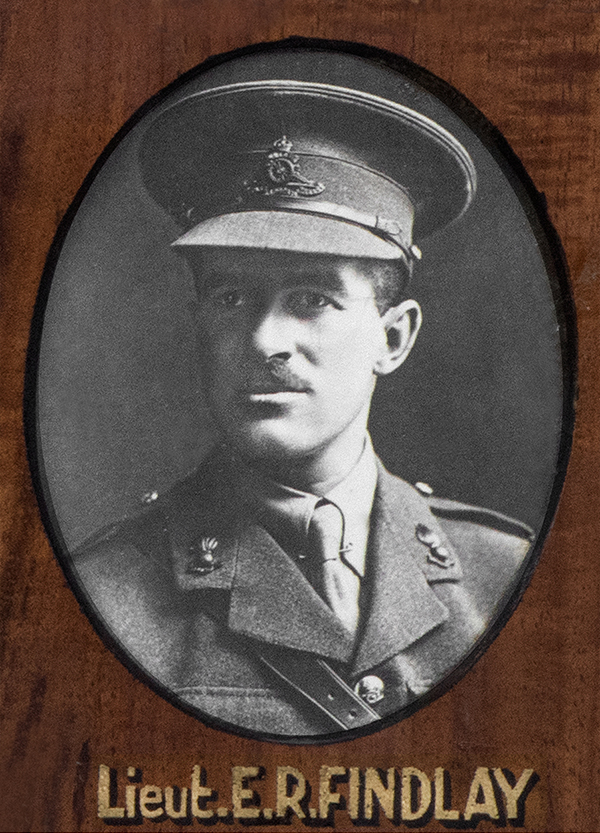 Additional Information Ernest Robert Findlay was discharged from the Australian Forces on 17/03/1916 as he had obtained a commission in the British Army, Weymouth, England (Royal Field Artillery Special Reserve).  His name appears on the Commemorative Roll at the Australian War Memorial, which records the names of those Australians who died but who were not serving in the Australian Armed Forces. Ernest was raised in Williamstown where he attended the Grammar School and then Scotch College.  He was a member of the Presbyterian Boys Brigade and the Hobsons Bay Yacht Club.  He worked as a purser of the SS Wainui for Union Co. before joining Messrs McIllwraith, McEachern and Co. as a shipping clerk. From Gallipoli he was invalided to Malta and Wandsworth Hospital, London from where he applied for and was granted a commission in the 1st City of Aberdeen Battery Field Artillery Brigade. He went to France in January 1917 where he took part in the British attack at Messines and Passchendale Ridge.  He was killed near Ypres.
Additional References Williamstown Chronicle, Saturday 27 October 1917, p3 and Saturday 7 September 1918, p2
Additional Documents and Photographs Click on the image to see a larger view