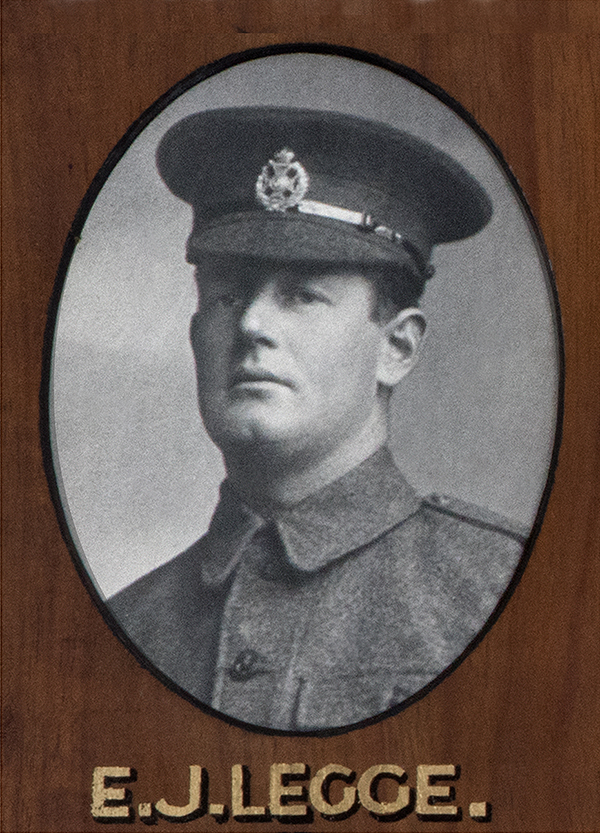 Additional Information Edward John Legg was a merchant seaman who was in England in 1914 waiting for a ship when war broke out.  He signed up with the 12th Rifle Brigade, which was raised in Winchester, England in September 1914. The Brigade landed in Boulogne in July 1915.  In 1916 they fought at the Battle of Mount Sorrel and the many battles at the Somme.  As Edward Legg was in the British military, we have no service information.  However his great Niece, Pam Henderson, informed us that it was during this time that her great uncle was wounded twice, on 6/6/16 and 13/8/16.  He was reported missing 7 October 1916. In responding to an enquiry, the Red Cross  was advised by the British War Office that Edward was reported missing and regretted that 'owing to conditions prevailing at the Front delay, is, in some cases liable to occur'.   Official notice on 9 December, 1918 noted death date as 'Death now officially accepted as having occurred on or after 7/10/16'. Edward Legg is remembered on the Thiepval Memorial.  The Memorial to the Missing of the Somme, bears the names of more than 72,000 officers and men of the United Kingdom and South African forces who died in the Somme sector before 20 March 1918 and have no known grave. Over 90% of those commemorated died between July and November 1916. The memorial also serves as an Anglo-French Battle Memorial in recognition of the joint nature of the 1916 offensive and a small cemetery containing equal numbers of Commonwealth and French graves lies at the foot of the memorial. Brother: Arthur Gordon Legg (3066) enlisted November 1915, returned to Australia June 1916
Additional References Pam Henderson, Great Niece: Personal correspondence Commonwealth War Graves Commission, Thiepval Memorial The Wartime Memories Project - Rifle Brigade during the Great War