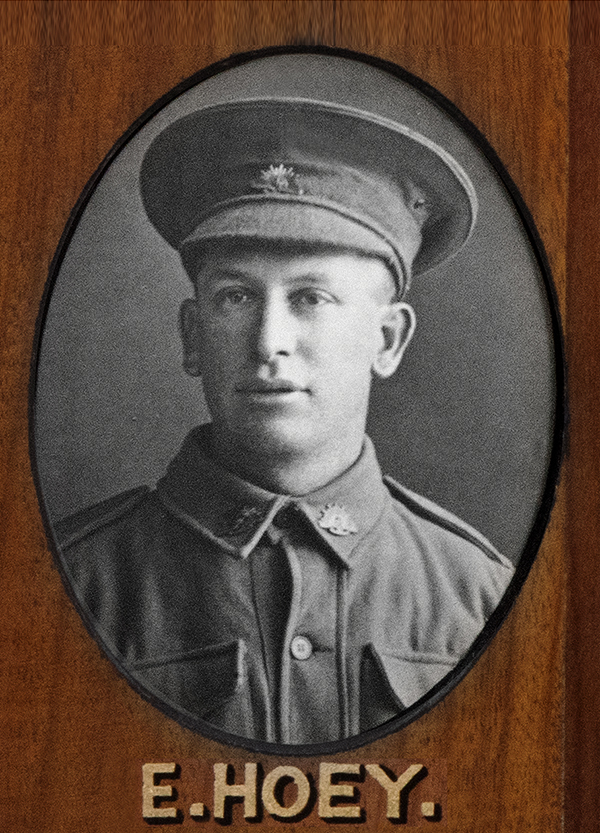 Additional Information Edward Hoey embarked with the 12th Reinforcements of the 14th Battalion in November 1915.  However by the time he reached Egypt, the 14th had been reorganised and Private Hoey found himself in the 46th Battalion and sailing for the Western Front in June 1916. In August 1916 he was sent to England with a fractured ankle.  He spent some time there, in and out of hospital and training at Perham Downs.  He re-joined his unit in August 1917, when the 46th Battalion would have been the fighting in the battles of Messines and Passchendaele. In March 1918 he proceeded to England for some leave but seven days later was recalled to join his Battalion.  Less than one week later, he was killed in action, fighting during the German offensive around Dernancourt in the first days of April 1918. He was buried in a mass grave with thirteen other men who would not be returning home to their families.
Additional References Photos courtesy of  Norman Roberts (great nephew)   14th and 46th Battalion: Australian War Memorial
Additional Documents and Photographs Click on the image to see a larger view