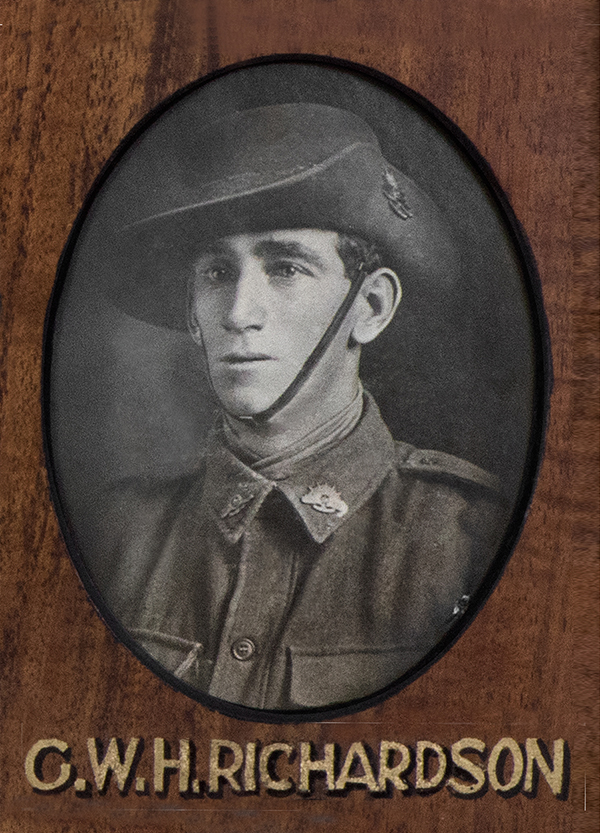 Additional Information George William Henry Richardson (5179), had previously enlisted on 3 November 1914, serving for 141 days before being discharged 'in consequence of refusing inoculation'. Pte Richardson transferred to the 59th Battalion in Egypt and embarked with them for France, arriving on 30 June 1916.  On 6 March 1917, he was wounded in action and died of those wounds on 15 March 1917. We are unable to verify the connection with Williamstown on his records, however, he has been identified through his photo at the Australian War Memorial which matches the one on the Williamstown Town Hall Honour Board.
Additional References Australian War Memorial photo DA14670
Additional Documents and Photographs Click on the image to see a larger view