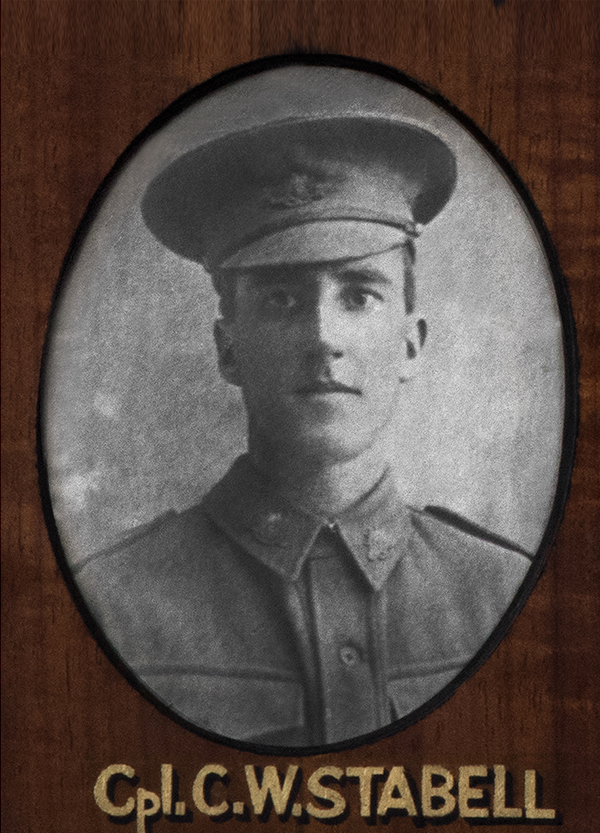 Additional Information Charles Stabell attended the Central State School, Williamstown, the Electra St Methodist Church, was in the Junior Naval Cadets and later in the Naval Reserve, the Foresters and Naval Reserve Rifle Clubs.  Prior to enlistment he worked as a tinsmith for Wilson Bros, North Melbourne. His Mother told a reporter that Charles had written to his parents and told them 'to meet him in heaven if he did not return'. Charles’s brother, John Charles (8663) enlisted in June 1915 and returned to Australia in July 1919. After Charles' death his sister received a letter from one of his mates confirming her brother's death and reassuring her that his death was instantaneous.  He wrote: 'We were all sorry to lose him, as he was a jolly good corporal and well-liked by us'.
Additional References Williamstown Chronicle: Saturday 25 September 1915, p3; Saturday 2 October 1915, p2 and Saturday 11 March 1916, p2
Additional Documents and Photographs Click on the image to see a larger view