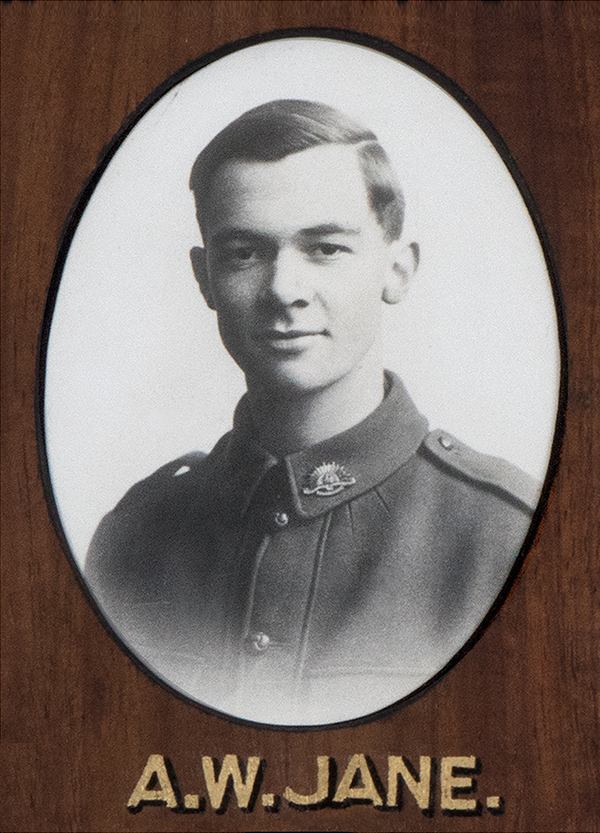 Additional Information On getting written permission from his widowed mother, Allan William Jane, a dental mechanic, was 18 when he enlisted in the 23rd Australian Infantry Battalion on 6 February 1915. Only days after the 23rd Battalion landed at Gallipoli, Allan Jane got a thorn in his foot which soon turned septic.  He was admitted to the Hospital at Lemnos, however the infection spread to his knee and he was transferred to the St George Hospital in England on 29 September 1915. It took many months for Allan Jane’s infection to heal and he returned to his battalion in April 1916, when the 23rd was fighting in the Armentieres sector in northern France.    This was followed by the battles of Pozieres and Mouquet Farm, after which it was estimated that the Battalion lost almost 90 per cent of its original members.   Allan Jane, 5 feet 6 inches, with a fair complexion, was counted among the 90 percent when he and several others were in a trench and blown up by a shell.  A report in his Red Cross file reads that as he was blown to pieces, it was impossible to bury him. Not long after he died a parcel arrived for him containing a bible.  His mates returned the bible with a note saying what had happened to him. At the same time as Allan's death, the widowed Mrs Jane’s other son was also injured and being treated in England.   Robert David Jane (1150) who enlisted 15 March 1915, returned to Australia and his mother in November 1917.
Additional References 23rdAustralian Infantry Battalion, Australian War Memorial