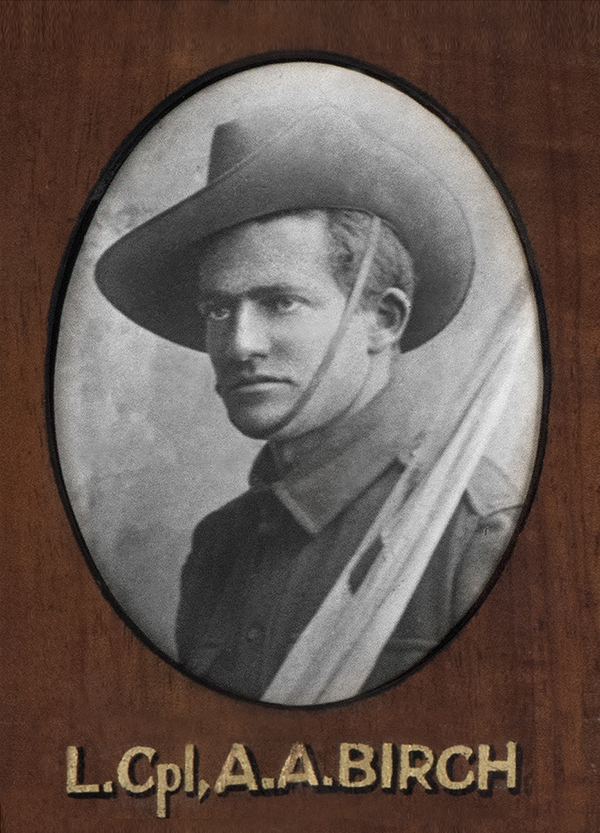 Arthur Birch sailed with the First Convoy of 38 ships which departed from Albany, Western Australia on 1 November 1914.

When he returned home he reported on Hugh Blair’s (also on the Williamstown Town Hall Honour Board) act of bravery in rescuing a mate even though he was wounded in the scalp.

A medical report from Melbourne Hospital in September 1915 noted that Arthur had a weakness in the back and legs and was unable to completely straighten his back.

He died at the Wellington College Hospital, New Zealand on 9 November 1918.  In certifying his death, Dr Alfred Newman wrote ‘L/Cpl Birch was brought into hospital in an advanced condition of illness and died. … A healthy well behaved young man would almost certainly have lived or put up a great fight.  …weakened returned soldiers have a very poor chance when attacked by influenza or kindred troubles.  When a weakened soldier comes here, I confess my heart sinks at the prospects.’