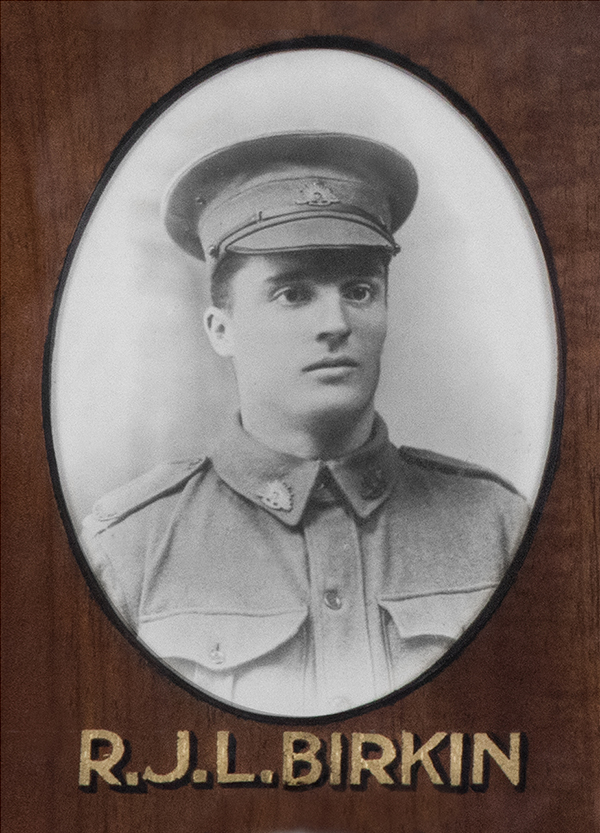 Additional Information Believed to be the brother of Frederick George Lockwood Birkin (also on the Williamstown Town Hall Honour Board). In Frederick's service dossier Mrs Mary Louisa Birkin referred to another son who had died in the war  but the Military replied that they were unable to find any record of him.  There is further correspondence following the death of Mrs Birkin, from Harry Birkin noting that he had lost all of his brothers in the war.  Refer to service records for FGL Birkin (2746). The names of both FGL Birkin and RJL Birkin are on the Kyneton War Memorial. It's believed that his sister, Ruby Elizabeth, lived in Williamstown.
Additional References Genealogy.com William Birkin
Additional Documents and Photographs Click on the image to see a larger view