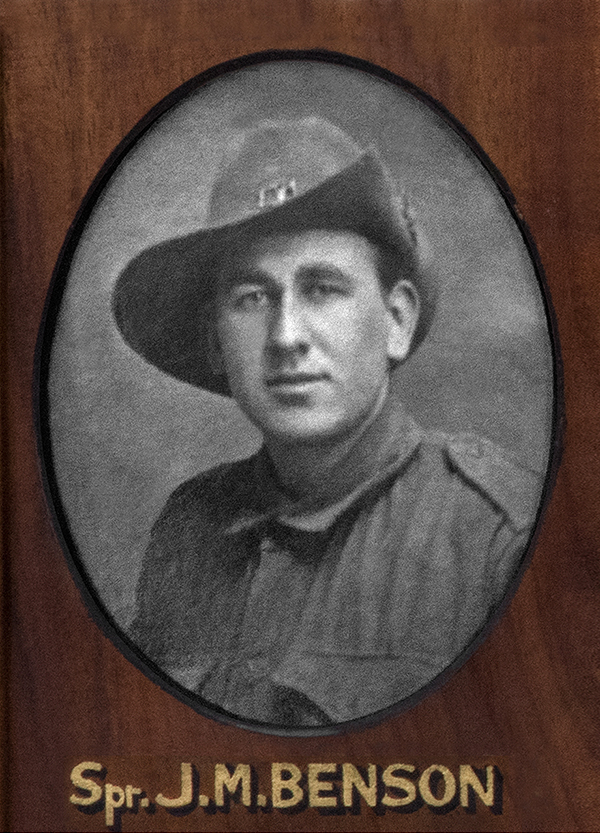 Additional Information James Benson (known as Jack) embarked with the 2nd Field Company Engineers in September 1915. He fought at Gallipoli from November 1915 until the evacuation in December 1915. In Egypt he was transferred to the 4th Field Company Engineers in March 1916 and travelled with them to France in June 1916. Along with most of the 4th Brigade, the 4th Field Company Engineers suffered losses at Bullecourt in April 1917 when the brigade attacked strong German positions without the promised tank support. Jack Benson was killed in action at Bullecourt. He was buried 5 miles N/E of Bapaume. He now lays at rest at Vaulx Hill Cemetery, Vaulx, Picardie, France. He sent his friend Maud Bear (nee Hillier) a Christmas card in 1915, which she kept in her photograph album.
Additional Documents and Photographs Click on the image to see a larger view