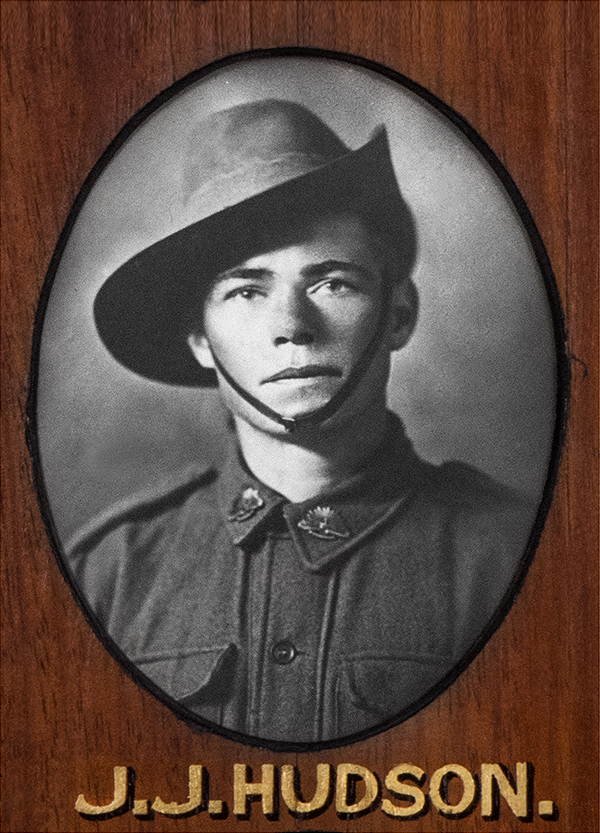 Additional Information John Hudson attended Central State School, Williamstown and his name appears on the North Williamstown Presbyterian Church (now St Stephens). Mr Hudson received a letter from Lieutenant Pearse describing his son Jack Hudson as 'one of the very best soldiers that ever wore the Australian uniform'.  He also said that Jack had 'died as he lived - leading an upright and honorable life, with every principle of that of a thorough gentleman'. On the day the family received a telegram informing them that their son had been wounded, John Hudson's mother died.
Additional References Williamstown Chronicle, Saturday 22 June, 1918, p3
Additional Documents and Photographs Click on the image to see a larger view