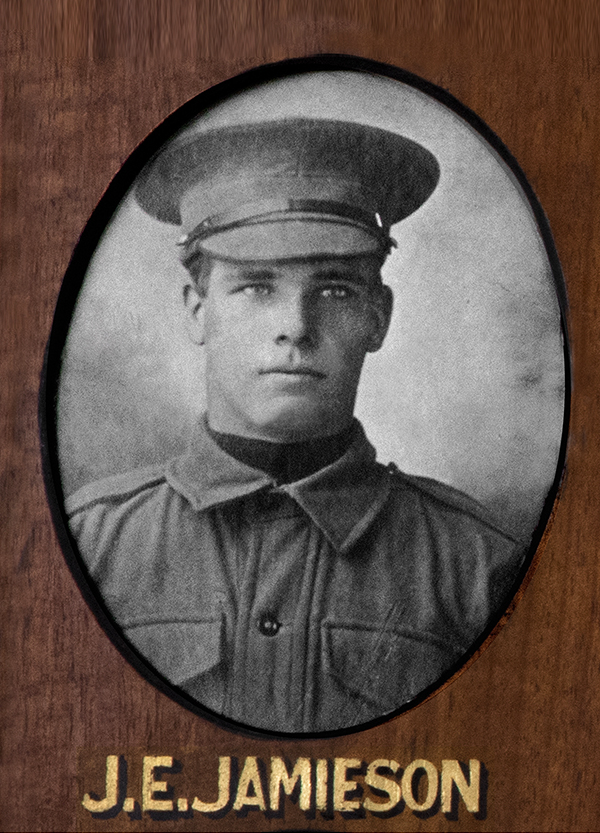 Additional Information John Edwin Jamieson  enlisted with the second contingent of 42 Williamstown enlistees.
He enlisted into the 8th Battalion, which  was among the first infantry units raised for the AIF during the First World War. Like the 5th, 6th and 7th Battalions, it was recruited from Victoria and, together with these battalions, formed the 2nd Brigade.
The battalion was raised within a fortnight of the declaration of war in August 1914 and embarked just two months later. After a brief stop in Albany, Western Australia, the battalion proceeded to Egypt, arriving on 2 December. It later took part in the ANZAC landing on 25 April 1915, as part of the second wave.
John Jamieson was killed in action on 25/4/1915.
Additional References Williamstown Chronicle, Saturday 26 December 1914, p3
Additional Documents and Photographs Click on the image to see a larger view