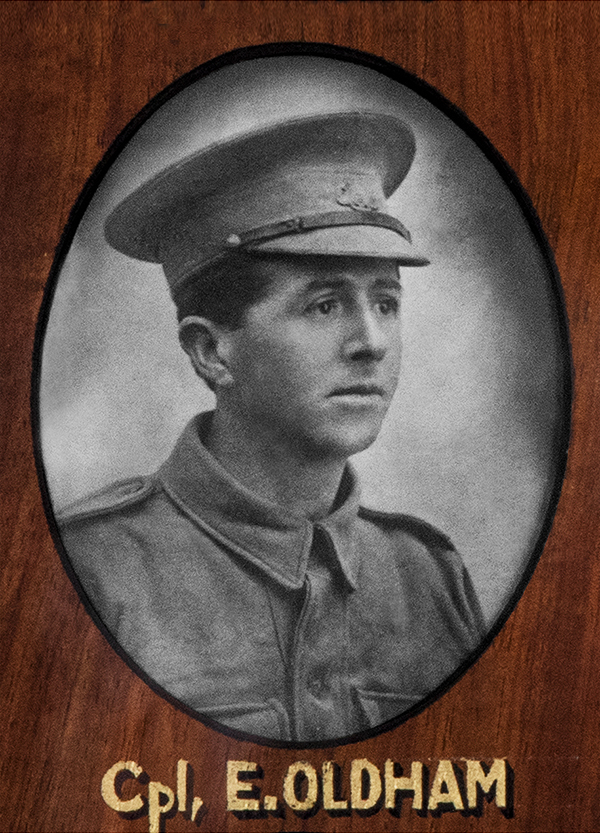 Ernest Oldham sailed with the Second Convoy of 19 ships which departed from Albany, Western Australia on 31 December 1914.

He wrote to his sister describing their arrival at Gallipoli, of how he was wounded and his evacuation to the hospital at Heliopolis.